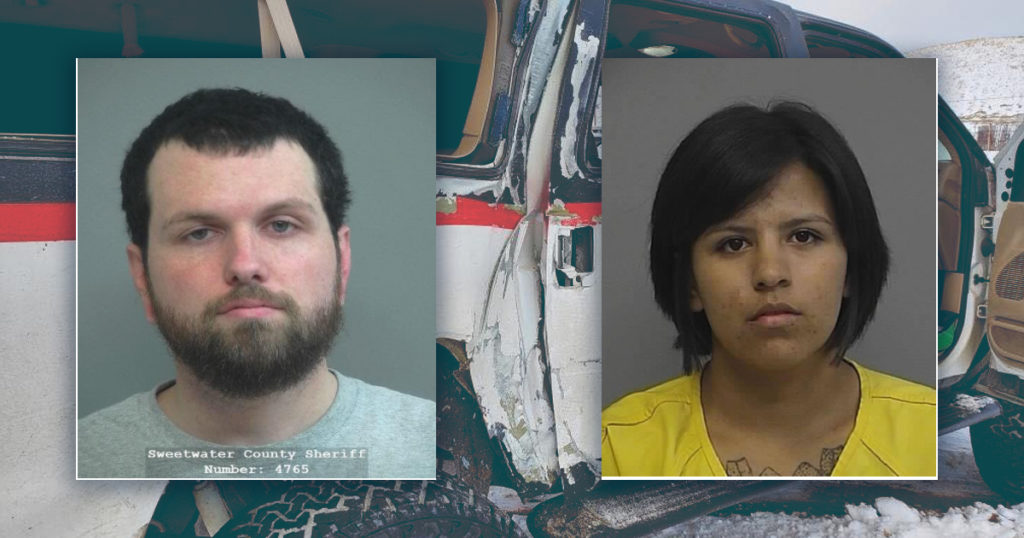 The two suspects identified as Eldine Barker (31) and Dylan Damarto (29) were both taken into custody.

Uinta County, Wyo. – In an updated release from the Rock Springs Police Department, they announced there have been arrests made after a recent auto theft that happened yesterday, reported by SweetwaterNOW.

According to the release, on November 14, 2020, the Wyoming Highway Patrol and the Uinta County Sheriff’s Office assisted the Rock Springs Police Department in the recovery of a stolen vehicle from Rock Springs.  The two suspects were arrested after attempting to flee from police in a pursuit that reached speeds of 100 mph.

The vehicle was originally reported stolen from the 100 block of C Street on November 14, 2020 around 3:28 p.m.  After the victim posted it stolen on social media, several tips came in on the location of the vehicle.  The vehicle was reportedly seen on Interstate 80 passing by Cruel Jacks.  The Uinta County Sheriff’s Office was given the information and spotted the vehicle around milepost 20.  In an attempt to stop the vehicle the occupants fled.  Around milepost 6, spike strips were effectively deployed and the vehicle was stopped.

The two suspects identified as Eldine Barker (31) and Dylan Damarto (29) were both taken into custody.  Both suspects remain incarcerated at the Uinta County Detention Center and the investigation is ongoing.