In September, Senator Barrasso introduced S. 2031 with ranking member of the subcommittee Senator Ron Wyden (D-OR), to maintain a competitive royalty rate on America’s natural soda ash. Soda ash is critical in manufacturing industrial products like glass, chemicals and detergents. The bill will set the royalty rate on sodium compounds produced from federal land at 2 percent for five years.

The hearing also featured testimony from Amanda Leiter, deputy assistant secretary for Land and Minerals Management at the U.S. Department of the Interior; Chris Douville, president of American Natural Soda Ash Corporation; and Rick Finn, federal affairs manager for the Port of Portland. Click here for more information on their testimony.

“This afternoon, the Subcommittee on Public Lands, Forests, and Mining will hold a hearing on S. 2031—the American Soda Ash Competitiveness Act.

“Last month, the Subcommittee’s ranking member—Senator Wyden—and I introduced this bipartisan legislation along with Senators Enzi and Merkley.

“The purpose of our bill is to help America’s natural soda ash producers compete in the global market.
“Natural soda ash—also known as sodium carbonate—is a raw material used to manufacture glass, chemicals, and other industrial goods.

“The production of soda ash supports thousands of jobs across the country in a variety of industries, including mining, shipping, and manufacturing.

“In my home state of Wyoming, soda ash production directly employs over 2,300 people.

“In 2014, the United States exported nearly 58 percent of all soda ash produced— for a total of about $1.3 billion.

“But we must not assume that soda ash exports will increase.

“Since 2009, China has given its synthetic soda ash producers a 9 percent rebate on China’s value-added tax, its VAT.

“It is estimated that China’s value-added tax rebate and currency devaluation give Chinese soda ash producers roughly a $27 per metric ton benefit.

“This unfair benefit is only expected to grow over the next year.

“CNBC reported recently that China may devalue its currency by a total of 15 to 20 percent by the end of 2016.

“CNBC cited a source that said: ‘Engineering a devaluation of this magnitude will not be easy,…[h]owever, the [People’s Bank of China] has the mechanism…to achieve a creeping devaluation and maintain the appearance of it being ‘market-led.’

“This report and China’s track record on currency devaluation make me very skeptical and suspicious of any commitments that China’s President allegedly made last week.

“That’s why we have introduced the American Soda Ash Competitiveness Act.

“Tomorrow, the Bureau of Land Management, the BLM, is expected to increase the royalty rate on soda ash.

“I strongly disagree with this decision.

“The Administration should not raise costs on America’s soda ash producers without first ensuring that China and other countries scrap their unfair trade practices.

“So I want to thank Senator Wyden for his support of this bipartisan legislation.

“Senator Wyden knows the importance of the soda ash industry to Oregon, Wyoming, and communities throughout the country.

“So I want to thank Senators Enzi and Merkley for their support of this bill.
“On July 29th, the House Natural Resources Committee approved identical legislation on a bipartisan vote.

“I will encourage members of this committee to advance our legislation as quickly as possible.

“I would also like to point out a front-page story in yesterday’s Wall Street Journal entitled: ‘Export Weakness Hampers Growth’

“According to this story: ‘Hopes for an American export boom are wilting. U.S. exports are on track to decline this year for the first time since the financial crisis, undermining a national push to boost shipments abroad.’

“The article goes on to say that: ‘The weak trade performance is restraining overall economic growth.’

“The article also discusses the challenges that Portland, Oregon has faced in trying to increase its exports.

“I will enter this article into today’s hearing record.” 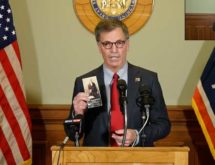 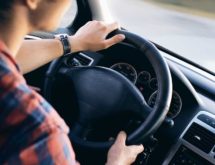 Driving Simulators Could Step Up GRPD Safety Programs for Teens 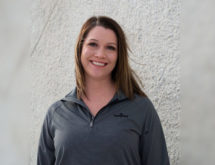