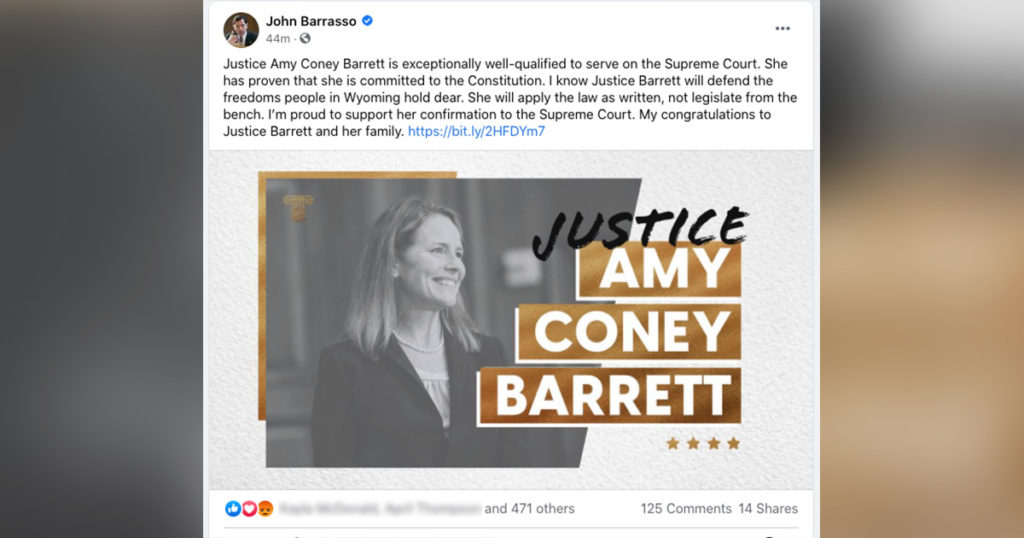 “Justice Amy Coney Barrett is exceptionally well-qualified to serve on the Supreme Court. She has proven that she is committed to the Constitution.

“I know Justice Barrett will defend the freedoms people in Wyoming hold dear. She will apply the law as written, not legislate from the bench.

“I’m proud to support her confirmation to the Supreme Court. My congratulations to Justice Barrett and her family.”