CASPER – The Bureau of Land Management (BLM) announced a key milestone for the largest proposed wind energy facility in North America, a project with the capacity to open up to 1,000 jobs at peak construction and generate up to 3,000 megawatts of clean, renewable power — enough to run nearly one million homes.

The Environmental Assessment (EA) BLM released examines the potential, site-specific impacts of constructing 500 wind turbines on mixed ownership land in the first phase of the Chokecherry and Sierra Madre (CCSM) Wind Energy Project in southern Wyoming. The two-phase development proposes to build 1,000 wind turbines on 219,707 acres south of Rawlins in Carbon County. BLM administers approximately half of the land, and the remainder of the site is made up of privately owned and state lands.

A Draft Finding of No New Significant Impact (FONNSI) accompanies the EA. BLM is seeking public comments on both documents, which are available at the BLM Wyoming CCSM Wind Energy Project web page or the BLM’s CCSM ePlanning site.

“The Bureau of Land Management is committed to responsibly developing renewable energy on our Nation’s public lands. We’re working in close cooperation with state, local and industry officials as well as non-government groups to evaluate these projects at a landscape-level, with extensive environmental reviews, to mitigate potential impacts and ensure that species needs are met along with renewable energy goals.” – Mary Jo Rugwell, BLM Wyoming Acting State Director.

In addition to the 1,000 construction jobs, the CCSM project is expected to create more than a hundred permanent positions in operations and maintenance and generate more than $300 million in property-tax revenue during construction and over its first 20 years of operation.

The Power Company of Wyoming LLC, which will develop and operate the project, estimates the complex will contribute $232 million from sales taxes and $170 million from a state wind-electricity tax. The BLM promotes responsible development of utility-scale renewable energy projects on public lands as part of the Obama Administration’s efforts to diversify the Nation’s energy portfolio.

The U.S. Secretary of the Interior approved the Environmental Impact Statement (EIS) and Record of Decision for the CCSM project in 2012. Under the terms of that approval, the developer agreed to work in close consultation with the BLM and the U.S. Fish and Wildlife Service (FWS) to design an Avian Protection Plan and an Eagle Conservation Plan, including measures to avoid, minimize and mitigate impacts to avian and bat species.

In addition, the project will avoid Sage-Grouse Core Areas and includes a conservation plan that accommodates ongoing ranching and agricultural operations. The developer also will avoid the more sensitive viewsheds to protect tourism and outdoor recreation values. Permits to build the project will be contingent on implementation of wildlife protection measures.

The BLM has scheduled two open houses for the public to ask questions and submit comments on the EA for the Phase 1 wind turbine development. The first meeting will be from 4:30-6:30 p.m. on March 28, 2016 at the Saratoga Town Hall 110 E. Spring Ave., Saratoga, Wyoming.

The second public meeting will be from 4:30-6:30 p.m. on March 29, 2016 at the Jeffrey Center, 315 W. Pine St., Rawlins, Wyoming. Each meeting will include a presentation, question and answer period and opportunities for public comment.

Written comments on the Phase I Wind Turbine Development EA and draft FONNSI will be accepted until April 8, 2016. Comments may be emailed to BLM_WY_PCW_windfarm@blm.gov with “CCSM Phase I Wind EA Comment” in the subject line; faxed to 307-328-4224; or mailed or delivered to BLM Rawlins Field Office, Attn: Heather Schultz, CCSM Phase I Wind EA, and 1300 N. Third St., P.O. Box 2407, Rawlins, WY 82301. 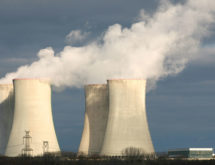 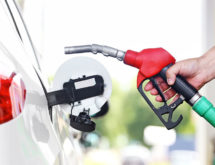 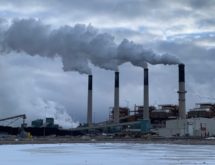