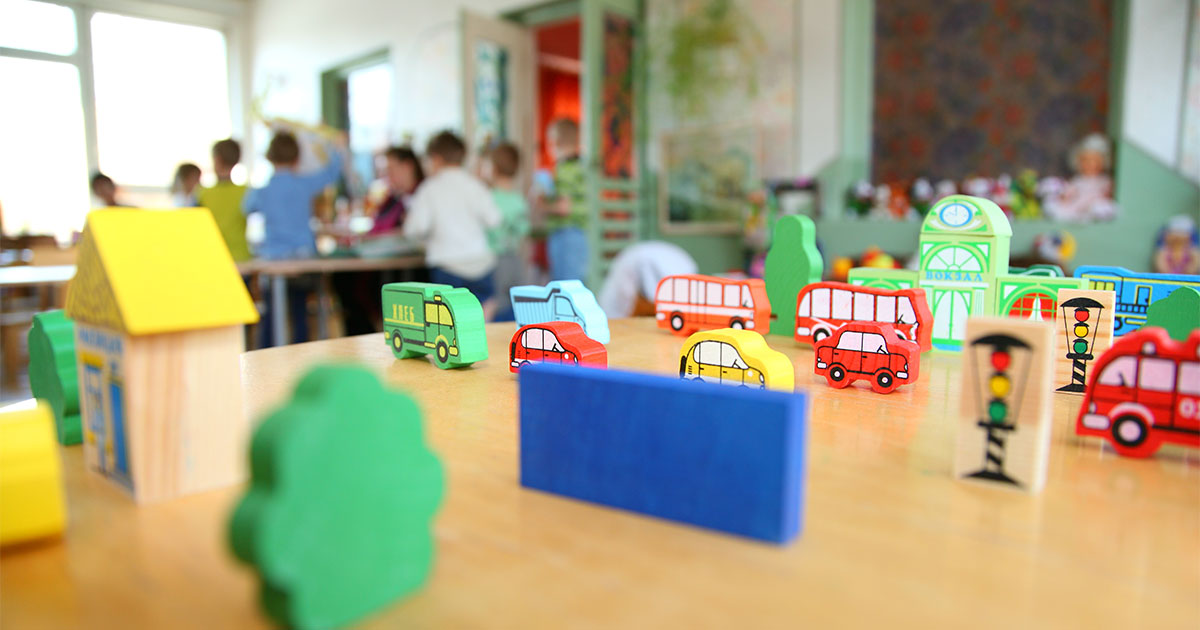 SWEETWATER COUNTY — Southwest Wyoming is home to more than one desert.

Nationally, access to child care is reshaping when and whether young people choose to start families. A 2018 survey found that the cost of child care ranks as the biggest reason young adults are choosing to have fewer children.

Child-care costs aren’t just a burden on individual families. There are ripple effects through communities. Not being able to find or afford child care can keep parents out of the workforce or limit participation. Strong child-care availability creates mobility for young families and is an important consideration in whether they choose to move to a community.

Access to child care is important in Sweetwater County’s present economy in particular, with many parents working long hours in the energy industry and mining. That access can also be key to creating a community that’s competitive in attracting new talent as the economy shifts away from the fossil-fuel industry.

With all that to consider, we set out to hear from our readers and find out what life in a child care desert means for them. Here’s what we found.

The majority of those surveyed said child care is either their first or second-largest monthly expense.

“It’s definitely expensive. Two kids under the age of six was $1,400 per month and that was with a discount because we had two kids. Now one is school age and goes about 20 minutes in the morning and two hours in the afternoon, with a 3-year-old full-time it’s $1000 per month. Finally lower than the house payment. Woo hoo.”

That’s not an uncommon situation. Just under one-third of those surveyed pay more for child care than housing.

One respondent said the price of licensed facilities caused them to turn to in-home care, paying $1,100 a month for a full-time babysitter, which still exceeds housing costs. “The assistance that I would receive from the state doesn’t even cover half of the cost of childcare, and I would only receive it if my children were cared for in a certified facility. Those daycares range from $1200-$1600 a month for my twins. My rent is $750.”

Almost two-thirds of the people we heard from said that the price of child care is keeping their family from getting where they want to be.

“We pay $1,600 a month for daycare, that’s insanity! If you break that down to an 8 hour day, that is ten dollars an hour which doesn’t sound horrible until you put it into perspective on how much the average household income is. For many people, ten dollars an hour is literally their entire paycheck … I would love to have a little money left for spending on my children,” one respondent said.

Here’s what one survey taker, who decided to stay home instead of paying for daycare, had to say, “I quit my job last year due to the costs of child care. Thankfully, I was able to and we have made financial adjustments and it does work. My youngest has greatly benefited from me being home and I can run the other kids and volunteer as well. However, I miss working, I miss bringing in a paycheck, I miss doing what I went to school for and it can be frustrating as a woman to put my career on hold. I also worry, will future employers understand my gap in employment and will I be able to re-enter the workforce? It’s a double-edged sword, my children are being cared for by me, but there have been many financial sacrifices made because of it.”

“After I had my daughter, I tried to find daycare, so I could keep my job. They asked $840 a month so I ended up staying home,” another respondent said.

Here, our survey indicates that the gap between available child-care slots and population may not be as wide as the three-to-one ratio that indicates a child care desert. However, since the definition of a child care desert only considers licensed facilities, respondents who use a full-time babysitter or rely on family to help can account for some of that difference. Additionally, deserts are only focused on children under five, while parents with school-age kids who need part-time care factor into our results. Still, more than half of those we heard from say current availability doesn’t meet their needs.

Children reaching school-age provides financial relief from the cost of full-time care, but the need doesn’t end there and many parents identified a lack of flexibility beyond full-time care as a problem.

Here’s what some survey takers said about availability in our area.

“It would be nice for some establishments to have extended hours for those that work shift work.”

“$800-plus a month for child care is crazy. There are limited options for affordable, quality childcare. The community would benefit from an after school program available to more children than what the Boys and Girls Club serves.”

“There are only a handful of daycare options in Green River, a few of which are way out of our budget and couldn’t even consider at $1,000 a month, per child. Finding adequate child care is rough and has made me reconsider having a second child anytime soon.”

“There need to be more options for childcare before and after school. There also need to be hourly options that would prevent people from paying more than what they need.”

It’s noteworthy that while child care is expensive, those working in the industry are typically doing so for low wages. “Child care is costly but quality childcare providers do not make enough either. Child care is definitely a need. I have personally looked into leaving my profession and opening a daycare, but the overhead costs are outrageous!”

Wyoming, four surrounding states and New Hampshire are the only states nationally with no state-funded Pre-K programs.

Those we heard from also pointed out that there are hidden costs beyond what parents pay for enrollment. One person we spoke with said that there’s been a noticeable increase in getting sick, for both kids and parents in the family, since his kids started going to preschool. He estimated it can create as much as $100-$200 in monthly medical expenses.