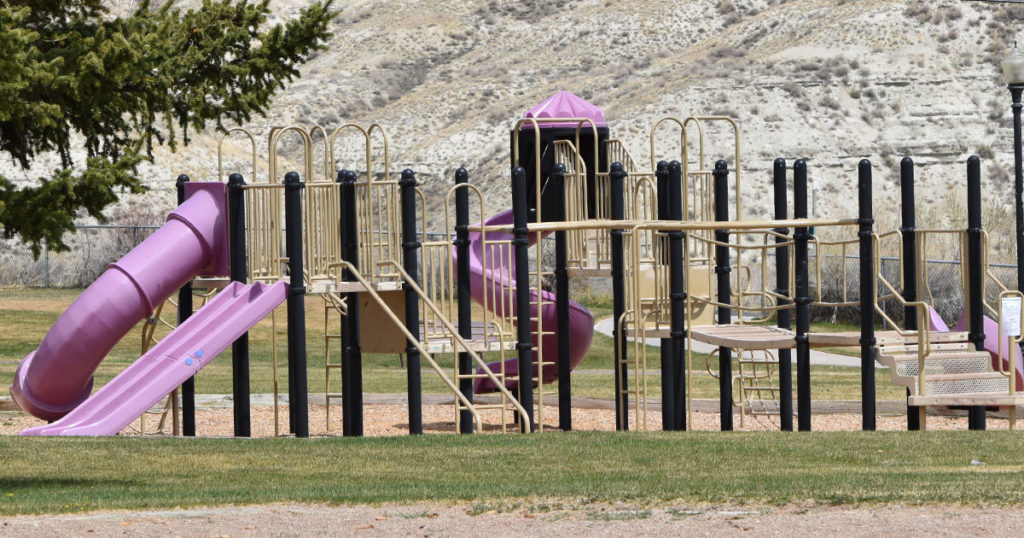 The grant has a 50/50 match, meaning the city is responsible for $50,000 as well. The city’s contribution is coming from budgeted monies.

The total cost for the playground equipment and installation is estimated to be $97,550. The costs for the pickleball nets and painting will be about $2,450.

The Edgewater Park playground is over 25 years old and replacement parts are no longer available. It has been over ten years since they replaced a playground in Green River, according to Brad Raney, Parks and Rec Director.

The Green River City Council voted unanimously to approve the acceptance of the funds during the April 7 meeting.

The pickleball courts will be available at the end of May, Raney said.

“The pickleball courts will simply be adding lines on top of the existing tennis courts to create a multi-use space. The complex would be available for tennis and pickleball,” he said.

“For the playground, we are developing the Request For Proposal documents now and anticipate the equipment to be installed in the late summer,” Raney said.