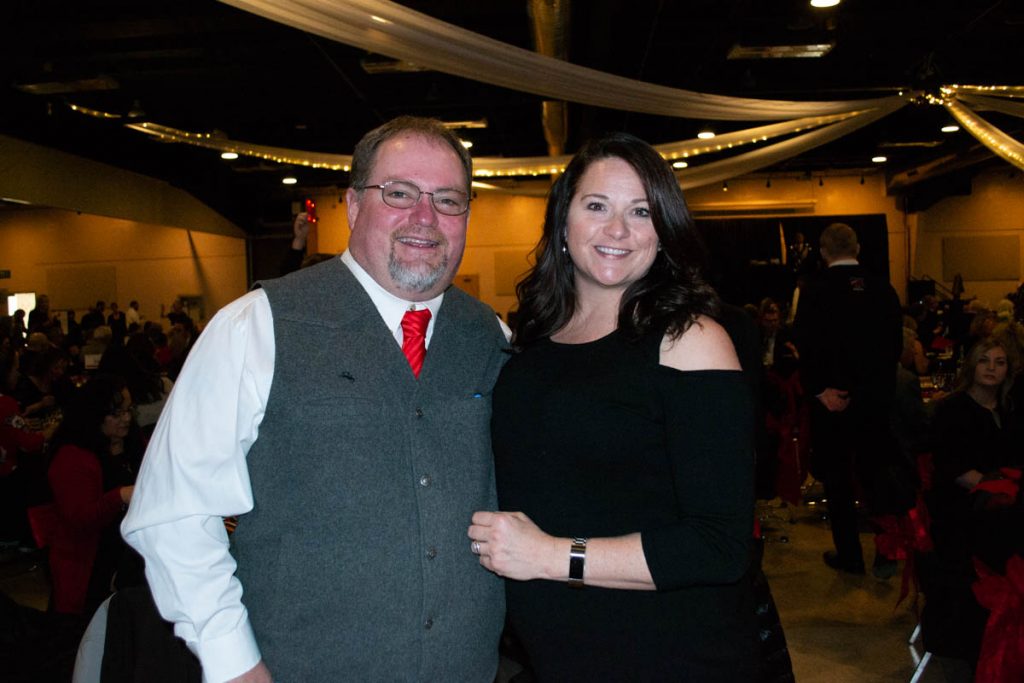 Sweetwater County residents dressed up in their best black and red attire to enjoy a fun night of conversation and bidding for some awesome items, including a getaway to Bear Lake, a couple of Pomeranian and Maltese mixed puppies, beautiful artwork, guns, and even a family trip to Disney Land.

Tiffany Marshall, Memorial Hospital Foundation Executive Director, said they are waiting for a few things to come in to get a grand total, but it looks like the foundation raised over $140,000.

“We had some fun items that were very well received,” Marshall said. “Our top item was the Bear Lake Trip for the second year in a row, followed by a family trip to Disneyland.”

About 500 people attended this year’s gala, which was a great turn out. Marshall said it looked like everyone, “had a lot of fun.”

Kevin Green from Green River won the CANAM raffle, and it was the first time the winner was actually in attendance, “so that was awesome,” Marshall said.

Marshall said the gala was made possible because of several awesome volunteers, including the Western Wyoming Community College wrestlers and volleyball players, a few Archie Hay Post 24 baseball players, and some high school students.

Other volunteers include a committee, which is made up of Memorial Hospital of Sweetwater County staff and a few community members.

All of the funds raised at the gala will be put towards the Greatest Needs Fund, which is what the foundation uses to support any and all of the hospital’s departments.

“We just invested almost $200,000 from this fund last October into various departments,” Marshall said. “We’re hoping to be able to do another round of purchases this year with the money we raised this past weekend.”