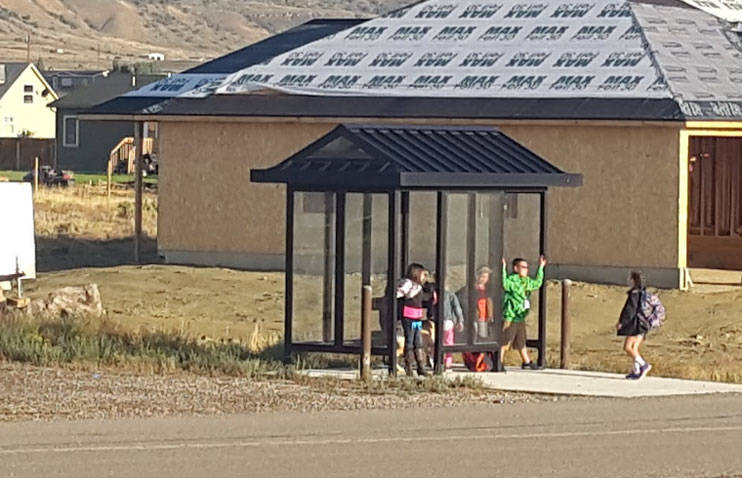 ROCK SPRINGS– Lakota Drive residents and concerned parents approached the School Board for the Sweetwater County School District No. 1 on Monday, October 9, to discuss a bus route change on Lakota Drive in North Rock Springs.

“We were told that bus route changes were made this year in an effort to reduce transportation costs,” Lakota Drive resident Eva Wasseen said. “All stops were to be changed to ‘corner stops’.”

SWCSD No. 1 Transportation Director Fernando Moreno said the bus stop changes will reduce the miles driven in the school district by 50,000 miles per year.

“The bus stops on Lakota Drive were changed to pick up kids at the intersections of Spangler and Lakota, avoiding the drive around the 0.6 mile circle and the existing bus shelter, which was built and financed by the county in 2014,” Wasseen said.

In October 2013, Moreno sent Wasseen to the Sweetwater County Commissioners to request a bus shelter be erected on Lakota Drive to protect the kids from bad weather.

“I approached the county commissioners as was suggested. It was difficult as I pled with them for help, expressing my concerns regarding the harsh weather conditions my children faced while waiting for the bus in a new neighborhood having few houses or wind breaks,” Wasseen said.

“I was grateful that they were finally sympathetic at a second Commissioner’s meeting in early 2014.”

The Commissioners were not unanimous, but they approved her request, and the bus shelter was built in October 2014 after careful deliberation, led by Sweetwater County Land Use Director Eric Bingham.

“We all spent a great deal of time and energy to make sure the shelter was erected in a suitable place where it would be most used and valued by the residents for many years,” Wasseen said.

According to Wasseen, this project was done in collaboration with the SWCSD No. 1 transportation department.

“The shelter’s placement was based on current bus route practice that had not changed in many years prior to that,” Wasseen said.

Wasseen said the placement of the shelter simplified the route for the transportation department.

“Compromises were reached to pick up the kids on the other side of the circle (in 1 or 2 other stops), families were happy, we had an agreement and no one expected the routes to change,” she said.

According to Wasseen, the bus route changes were not enforced until August 29, 2017. She also said some children were notified about the changes when they were getting off the bus just the day before the changes were made.

“I found out the morning the changes were made from my children, who were confused and upset,” Wasseen said.

“We residents of Lakota felt the recent changes made to our route were less safe,” and, “the county’s effort to protect our children and a beneficial financial investment was being disregarded,” she said.

School Board Not Aware of Bus Shelter

According to Wasseen, when the Lakota Drive residents expressed their concerns at last month’s school board meeting, the board members said they were not aware there was a shelter on Lakota Drive.

“I feel that changes to each route, special structures like our shelter, unusual circumstances, and rationale for changes made should be disclosed and clearly pointed out to the board when the bus route is presented to them for approval,” Wasseen said.

School Board Recommended the Route Changes Stay in Place

Bolton emailed the residents with a conclusion, which recommended the transportation department keep the routes the same, the stop remaining on the corner of Spangler Road and Lakota Drive.

“After much debate and disagreement, I contacted Mrs. [Kelly] McGovern [SWCSD No. 1 superintendent] and various members of the board to request that the concern be placed on the Board agenda this month as an action item, and they agreed,” Wasseen said.

The Lakota residents explained that a lot of time, effort, and money was spent in 2014 on this same issue and in planning and building the bus shelter.

“We pleaded once again that there must be some consideration of the efforts made in the past to make things better,” Wasseen said. “The sole purpose of the shelter was to protect our children and make routes simpler.”

Wasseen said she learned through District policy EEAA- Walkers and Riders, that a transportation committee would be established to make recommendations to the Board of Education and will maintain contact with residents of the district.

She learned that the committee would consist of Board members, school officials, and may include community members.

Any recommended changes in transportation policy or requests from parents or residents must be submitted to the committee in writing.

“We were notified that the transportation committee was called to meet regarding this issue last week and my neighbor, Janelle Smith attended and spoke on our behalf,” Wasseen said.

“The committee agreed at that time, after a lengthy and emotional discussion, to recommend to the trustees a change back to the previous stops on Lakota, using the bus shelter as requested,” Wasseen said.

At the school board meeting on Monday, October 9, the board discussed the transportation committee’s recommendation, and unanimously voted to resume the previous route on Lakota Drive.

The previous bus route stops twice, once at the bus shelter, and once on the opposite side of the loop in an area that is shielded by houses.

“We appreciate the consideration of the board of trustees and their willingness to discuss our concerns,” Wasseen said. “This process was frustrating, although the board members were helpful and decisive when we needed them to be.”

“I am pleased with the trustees’ decision which supports the county’s investment in the safety of our children and respects the agreements made when our shelter was erected,” she said.

Wasseen is hopeful that the bus shelter will be used in future bus routes, however, as suggested by Moreno, all routes remain subject to change.

“In support of assets funded by county taxpayers and to avoid having to defend our shelter year after year, we intend to request that a policy be written to mandate the inclusion of structures built by the city, county, or state on planned bus routes in our district,” Wasseen said. 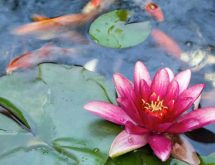