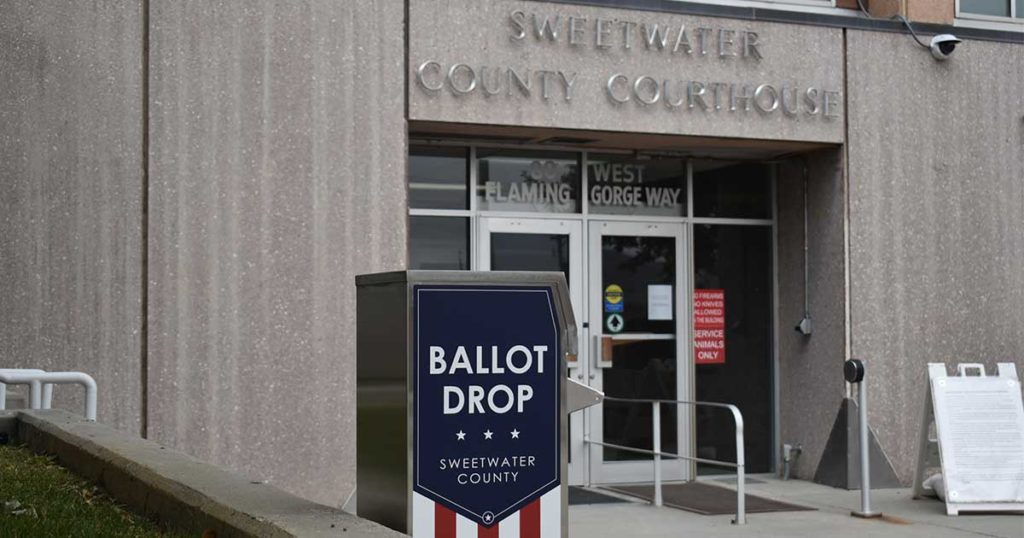 SWEETWATER COUNTY — The Sweetwater County Commissioners discussed concerns with polling locations during their meeting Tuesday morning after residents brought forth their worries.

The commissioners also voted 4-1 to approve the voting locations for the 2020 General Election, which will be the same as they were for the primaries with the addition of opening up the outlying areas of Granger, Washam, Superior, Farson, Wamsutter, McKinnon, and Bairoil.

Commissioner Wally Johnson voted against the approval, citing the following concerns expressed as the reason he could not agree to it.

Although the county sent out postcards giving voters their new precinct and voting locations, many county residents were still left confused by the changes, and many felt inconvenienced.

Sweetwater County Democratic Party Chairwoman Meghan Jensen pointed out that many residents were not only unsure of where their voting locations were, but reported many voters had poor experiences while voting.

Jensen shared the experience of a Sweetwater County voter in Rock Springs who had to travel to a new location to vote due to COVID-19.

Upon arrival, they had to wait in line for an extended period of time due to the poll machines not working. The workers at the polling location struggled to fix the electronic poll books, didn’t have the WiFi turned on, and were not wearing masks or face coverings.

“We are looking at possibly not doing electronic poll books this next time, and just going back to the paper poll books in order to make the general run a little smoother with the electronics,” Lane said.

Commissioner Wally Johnson said he has heard several complaints that resemble the story Jensen shared with the commissioners.

Many of the complaints have been regarding precinct 6-1 in Rock Springs, which was moved from the Rock Springs Civics Center to the Sweetwater Events Complex.

“I agree with them, I would hope that the clerk would listen to what’s going on there,” Commissioner Johnson said.

Though the state directives have been lifted, Lane said they are keeping the precincts at the same voting locations as the Primary Election for the General Election, with the addition of the outlying communities, to avoid further confusion.

“Everyone kind of knows where they’re going right now, they’ve already voted in the primary. Inconvenient, I know, for some, but the majority is already set up and I haven’t had too many issues or concerns brought to my attention,” Lane said. “For this General (Election), I’d like to leave that in order to stop more confusion.”

Concerns Over Ballot Drop Off Box

The county has one ballot drop off box, and it is located at the Sweetwater County Courthouse. Jensen expressed concerns with only having one box, as some people cannot travel from Rock Springs to Green River easily, much less from areas such as Farson, Bairoil, or Wamsutter.

“I live in Rock Springs and I was astounded by the number of people who do not have a vehicle or one that is interstate capable,” Jensen said.

Jensen suggested at least one drop-off box be placed in each town in Sweetwater County, or at the very least adding one in Rock Springs.

However, Lane said this is just not possible because the ballot boxes must be kept under 24/7 surveillance. A new camera was installed at the courthouse in order to be able to see people’s faces in case of any defacement or vandalism to the ballots occurred.

Lane added that the Clerks Office checks the box two to three times a day to process the ballots, put them into the system, and lock them up for election day.

“We have to have them in my possession, so that’s why they come to the courthouse,” Lane said.

She added that residents can bring their ballot anytime to the courthouse, as it is an absentee voting location. All registered voters can request an absentee ballot by calling the County Clerks Office.