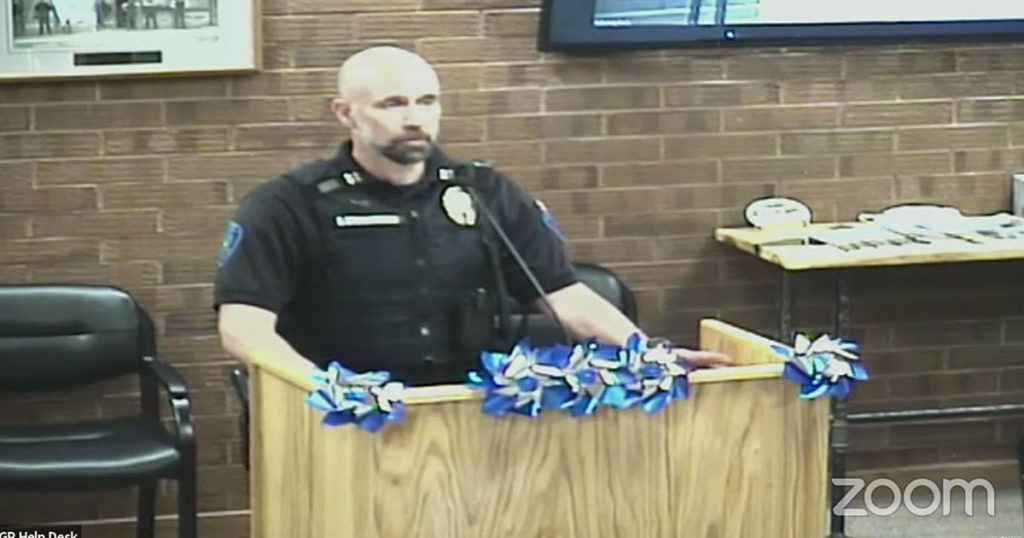 According to GRPD Captain Shaun Sturlaugson, the GRPD has been working for the past couple years to update their aging body cameras and they were finally able to go out to bid this year. WatchGuard Video Inc. submitted the winning bid of $43,444.30.

Sturlaugson said the body-camera program was initiated 10 years ago and the cameras had not been updated since, besides a few cameras here and there.

In addition to the cameras, GRPD’s video storage for the cameras will also be updated. An upgrade to a more modern, digital evidence storage platform will allow the evidence division to more efficiently enter evidence into the system and process it for prosecution purposes.

The Council also unanimously approved the acceptance of $3,750 in grant funding from the Rocky Mountain Power Foundation. These funds are to go toward replacement of trees within the city that were damaged from the “Labor Day Winter Storm 2020.”

The Council also approved a change order in the amount of $11,979. This is money that is coming back to the city from the 2020 Green Waste Processing Project. This project, which was completed by Longhorn Construction, included the grinding and hauling of green waste material that was accumulated at city facilities, including debris from the 2020 Labor Day storm. The change order documents the changes to the contract amount to reflect the actual quantity processed, according to Green River Public Works Director Mark Westenskow.

Additionally, the Council approved Sweetwater County School District No. 2 Rec Mil Grant funds for the replacement of gymnastics mats within the Green River Parks and Recreation Department. The grant is in the amount of $6,791.