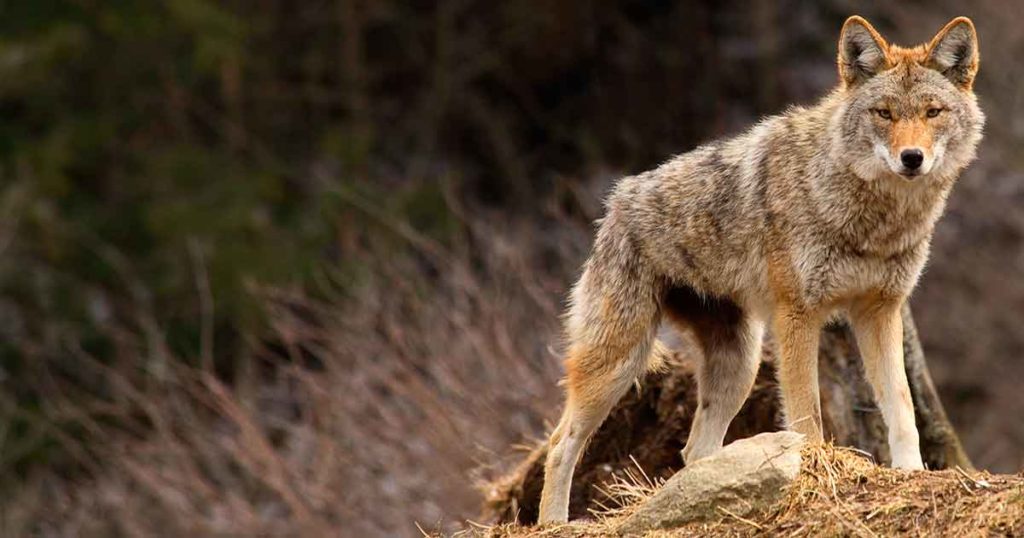 Madhu Anderson, Founder of the Wyoming Wildlife Protection Group, presented the Commission with a resolution “opposing the indiscriminate killing of wildlife in the form of wildlife killing contests”.

The Wyoming Coyote Classic and the Wyoming Best of the Best tournaments that take place in Rock Springs are noted in the resolution, along with several other wildlife hunting contests offering prizes for the killing of bobcats, foxes, coyotes, and other predators.

The resolution states that “the purposes and goals of many wildlife killing contests are profit or prizes, and not personal consumption, protection of property, or the ethic of conservation.”

It goes on to say, “wild carnivore species, including coyotes, foxes, and bobcats, are an integral part of Wyoming’s ecosystem and play a critical role in maintaining a healthy balance of plants and animals in the ecosystem by preying on species such as rabbits and mice… and the indiscriminate killing of wild carnivore species, even when done legally, does not serve any legitimate wildlife management purpose and instead upsets the natural balance of Wyoming’s ecosystem, and violates the North American Model of Wildlife Conservation and the Public Trust Doctrine.”

She added that these hunting contests are “contrary to Wyoming hunting ethics of fair chase and respect for the hunted.”

According to Anderson, Arizona, New Mexico, Colorado, Washington, California, Vermont, Massachusetts, and Maryland have all banned wildlife killing contests. This resolution would condemn and oppose these types of contests, and would express support for changes to Wyoming statute or regulations to ban any and all future wildlife killing contests statewide.

Opposition to the Resolution

Several residents were in attendance at the meeting to speak against this resolution.

Mark Gillespie, President of Wyoming Best of the Best Coyote Organization, said his group’s goal is to harvest adult coyotes to reduce the impact they have on does, fawns, and sheep herds.

“We kill roughly 400 to 500 coyotes a year. So we do have some impact on it, we do help out, and the Game and Fish is in support of this and so is the livestock industry,” Gillespie said.

He said the hunters do hunt for prize money, however he noted that it is no different than local fishing derbies.

“The goal of this group, this Wyoming Wildlife Protection Group, is to stop all hunting. They pick on the coyote hunting groups because we’re a small group, we’re not as organized as the bigger groups, we don’t have any money,” Gillespie claimed.

Bill Taliaferro with the Green River Livestock Company said predators such as coyotes attack sheep and require ranchers to have about eight dogs guarding the herds.

“The coyotes need to be controlled,” he said.

Eric McDaniel, local sportsman, also noted that the current high levels of snow make it easier for coyotes to attack game animals such as deer and antelope. Kenny Wolf, local resident, said he believes hunting is a passion in Wyoming, and he doesn’t want bans on these types of events.

“For many of us it’s a passion, it’s what we do here, it’s things we want our younger generations to take part in,” Wolf said.

He added that the damage predators can do to environments can cost taxpayer dollars to repair.

“Predator control is very important here,” he said. “These folks coming out and helping control our predators is an asset to all of us and every taxpayer in Wyoming.”

The Commission all expressed their opinions as to why they are against this resolution, with many of them stating that it is not the Commission’s place to put bans on hunting.

“This is Wyoming, I am an avid outdoorsman, and I support the great outdoors and hunting and everything that comes along with it,” Chairman Keaton West said. “Coyotes are predators… this is just a first step towards ultimately trying to take away what feels like a lot of hunting rights for the state of Wyoming, and I personally do not support it.”

Commissioner Island Richards said he suspects that concerned hunters are correct when they assume this resolution is an “incremental step towards more restrictive regulations on hunting” with the final goal being an all out ban on hunting.

“Ethics in hunting is usually, in my experience, a personal issue and generally shouldn’t be dictated by the government. The great thing about such a dilemma is that if you are ethically opposed to hunting of any kind, you don’t have to participate,” Commissioner Richards said.

After speaking with constituents, Richards said “there is very little support for a resolution like this in Sweetwater County.”

He commended Anderson’s passion for this issue, but said this resolution is not something he thinks Sweetwater County should adopt.

“I actually think we should take the additional step of voting it down,” he said.

Commissioner Mary Thoman added that if Anderson truly cares about animals, this resolution should not have been presented.

“If you truly care about wildlife, you wouldn’t be bringing this resolution forward… If you truly care about animals, you have to look at the balance of nature and how things are working together. You can’t just support or defend one species without considering the ramifications to all the others,” she said.

The Commissioners voted 5-0 to oppose the resolution.