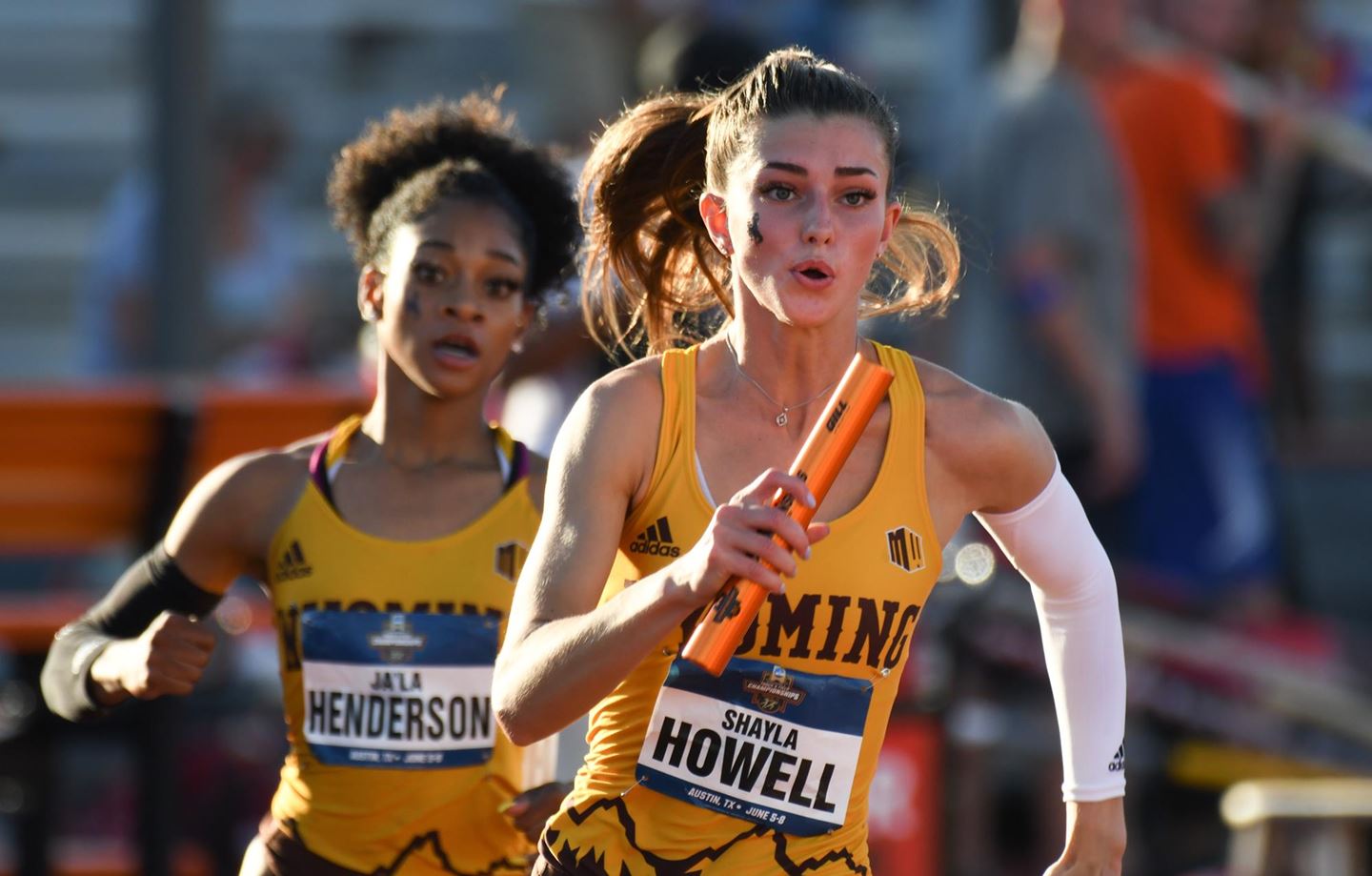 “I’m really proud of Jerayah for everything she has accomplished during her career at Wyoming,” said UW head track and field coach Bryan Berryhill. “She has won conference titles, broken school records and was the first Cowgirl to ever qualify for three events to the NCAA Championships. She is ending her career at Wyoming as one of the best to ever wear the Cowgirl uniform.”

The first race of the day was the women’s 4×100 meter relay, and the Cowgirls raced in the third heat. Davis ran the first leg and passed the baton to Henderson, who ran the back stretch. Henderson passed it off to Howell for the turn, and Edmonds ran the final leg, as they finished in 44.77 seconds, good for 23rd overall.

“’The Squad’ came out with two defined goals for the relay: to potentially break a school record, and to finish higher than our rank coming in,” said associate head coach Quincy Howe. “We accomplished one of those goals and earned ourselves Honorable Mention All-America. This group of ladies have put themselves in a class that has only been eclipsed by another group of All-Americans. We should all be proud of their efforts and accomplishments.”

Davis’ busy day continued in the 100 meter dash national semifinals, where she raced in the third and final heat. Out of the blocks, the runner next to her stumbled and fell, but Davis kept her composure and finished well. She ended in 20th place with a time of 11.46, earning her second Honorable Mention All-America honor of the day.

Davis then competed in the last event of her collegiate career, the long jump national finals. She leapt 19 feet, 4.25 inches on her first attempt, and was in 15th place following the first round. She was a centimeter shorter in the second round, and moved down to 20th. On her final jump of the day, she improved by two inches to 19-6.25, and she ended the event in 23rd place to earn her third Honorable Mention All-America accolade of the night.

“Jerayah experienced the two extremes of sport,” Howe said. “The absolute height of being a conference champion and qualifying for the NCAA Championships, something only rivaled in our sport by the world and Olympic championships, and the absolute low of a jump that wasn’t her best at the biggest meet of her career. We should all remember that one day and one meet should not define a season or a career, and Jerayah has had an amazing career for the Cowgirls.”

Action continues for Wyoming on Saturday, when Henderson competes in the triple jump at 4:40 p.m.