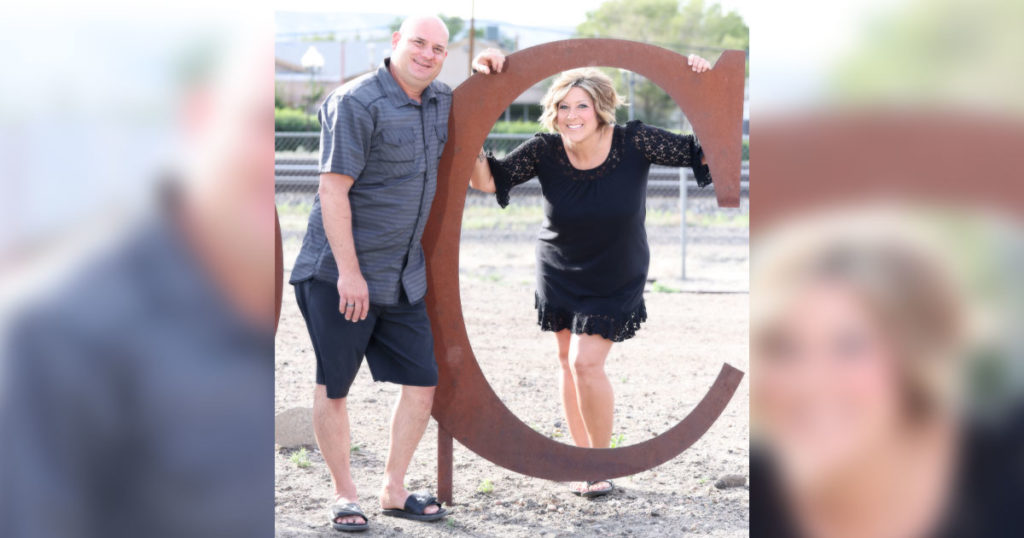 Chris and Cheryl Croft are high school sweethearts dating back to October 1991.

Chris and Cheryl (Ward) Croft of Green River, Wyoming, will be celebrating their 25th wedding anniversary on July 26 th , 2022.

The high school sweethearts began dating in October of 1991, graduated from GRHS with the class of 1992, and were later married at Emmanuel Evangelical Lutheran Church, in Green River, on the bride’s birthday, July 26 , 1997.

The couple have two children: son, Candon and daughter, Caitlyn, as well as three furry children as well. Chris is employed as a bolter operator at Sisecam west of Green River and Cheryl is employed with Sweetwater County School District #2 of Green River, as a 7 h grade Language Arts Teacher at Lincoln Middle School.

We wish them many happy years together. Congratulations!