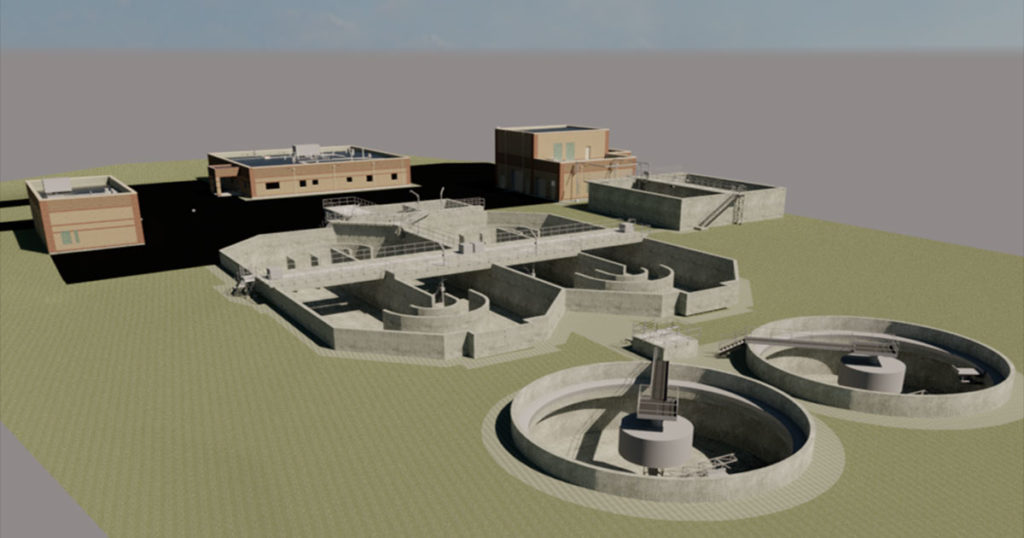 A rendering of the new wastewater treatment plant that will be built next to the old facility.

GREEN RIVER — The Water Quality Division of the Wyoming Department of Environmental Quality recently informed the City of Green River that no concerns were noted during two different site visits of the facility located on East Teton Blvd..

Palmer said the new facility plans are currently with the State Fire Marshall’s Office going through electrical, fire and safety review. He said the City anticipate having the treatment plant out to bid later this summer and awarding the bid this fall. Palmer also said the City will not see any onsite
work beginning until Spring 2022.

The current plant needs replaced because of the age of the facility, the equipment, and the ability of the old plant to meet future parameters set by the EPA, according to Palmer.

The City estimates the cost for the new facility to be more than of $27 million. Palmer said if the City were to “put a bandaid on it” by replacing equipment and treatment processes, it would easily hit up to three quarters of the cost of the new facility and not be able to treat the future parameters on nutrient removal.