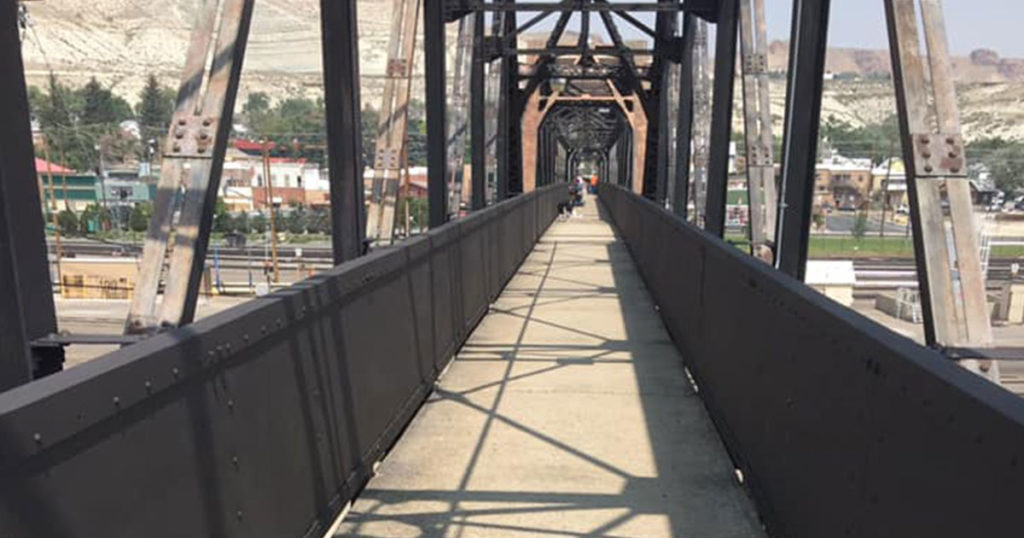 Earlier this summer, Kropf organized a project in which he, Troop 312, and a group of volunteers painted over graffiti on the walkway bridge that crosses the railroad in downtown Green River.

Kropf achieved the rank of an Eagle Scout on August 7 after he completed the service project.

“I hope this leads to a much bigger thing in terms of people in the community volunteering to help take care of their community and take an active role in that,” Mayor Pete Rust said. “You guys are the first ones who really have stepped up and shown that leadership and I’m very thankful to you.”

The Council added their own comments of appreciation with Councilman Gary Killpack saying this will be a project the community will remember.

“There’s been a lot of great Eagle projects, but this is one that will be remembered for a long time, so thank you to you and to all of your Troop, and any others who have helped in this service. It’s going to make Green River a better place,” Killpack said.

Councilwoman Sherry Bushman commended Troop 312 for being well known in the community as great volunteers.

“You guys are the example, definitely, for this community, and again I’m very proud of you guys,” Bushman said.