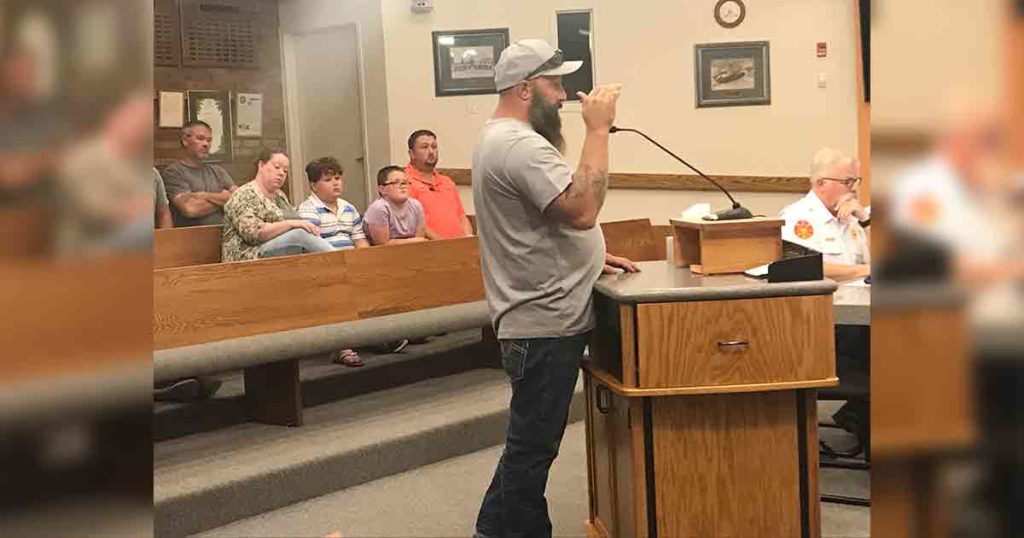 ROCK SPRINGS — It was an emotional night at the Rock Springs City Council meeting tonight, as resident after resident told their flooding stories to the Council.

After listening to all of the residents comments, concerns, and suggestions, the Council unanimously approved a State of Emergency Resolution.

Some residents could barely speak while they tried to share their stories of how water filled their window wells and busted windows out as water came pouring into their homes. All of this occurred between July 28 and August 1 when Rock Springs continued to receive incredible amounts of rain in a short period of time.

Rock Springs Mayor Tim Kaumo said it was reported that more than 2 1/2 inches fell on the city in less than 20 minutes and ditches and detention ponds, which were designed to withstand a 100-year flood, didn’t withstand the most recent storm. He said he wasn’t making excuses, but wanted to let them know what Mother Nature dumped on the city.

During the public comment portion of the meeting, numerous residents spoke.

“I’m here before you because we were effected by the flood,” Rock Springs Resident Aaron Fullmer said.

Fullmer, who lives on Santa Cruz Drive, said the drainage ditch behind his home hasn’t been maintained and this isn’t the first time he’s had problems with flooding.

Many residents echoed what Fullmer said about their homes receiving water damage at least two or three times prior to this “catastrophic” flooding.

Jesse Sloan, who lives on Thunder Gulch Lane, said his family was out of town when the flooding happened and if it wouldn’t have been for volunteers pumping out 28,000 gallons of water out of their basement, the damages could have been even worse.

Sloan said they have experienced flooding in their home at least three other times, but not to this extent. This time, 6 feet of water was in his basement, which was the family’s main living area.

Devon Sloan, Jesse’s wife, said something needs to be done about the drainage problems so every time there’s a dark cloud out they won’t worry about their house flooding again.

Kali Harrell, who lives on Applewood Drive, said the detention pond didn’t work and that’s was caused the flooding. She said her entire basement is a complete loss and she’s lost a lot of belongings. What scared her most was how the windows blew out as the water rushed against her home.

“I just wanted to share my story and ask for help,” Harrell said.

As story after story was told, the Council listened and looked at photos residents provided them. All agreed they need to start moving forward with a plan on how to try and prevent this from happening again and find resources to help them.

With the discussion taking over an hour, there’s definitely more to this story. So, watch for a follow up story tomorrow.