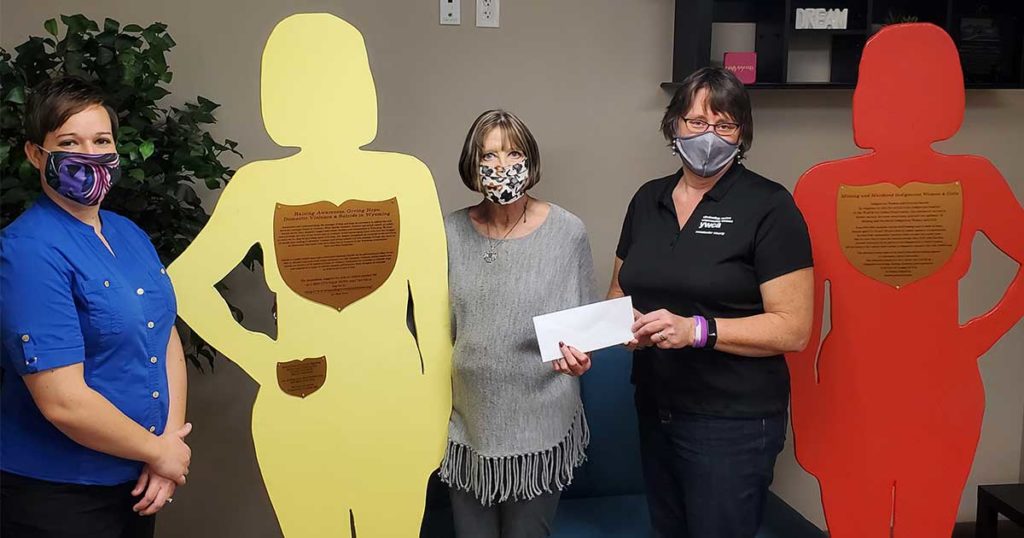 Taneesa Congdon, the director of the YWCA Center for Families and Children, and Melinda Baas, YWCA Executive Dirctor, accept a check from Rev. Dr. Bernadine Craft, which will help support the YWCA Crisis Line. Courtesy photo

SWEETWATER COUNTY — YWCA of Sweetwater County has been providing support for victims of all forms of domestic violence for over 40 years. One of the foundations of the advocacy services offered is the 24-hour crisis line. This year the Episcopal Diocese of Wyoming is supporting YWCA in its efforts to ensure victims have this essential service by providing a total of $13,000 to support the Crisis Line.

YWCA’s Crisis line is staffed by employees (and a few dedicated volunteers) year-round and is often the first contact victims have with help and support. To maintain this Crisis Line, YWCA staff are required to be on-call six to eight days a month in addition to their regular hours at the office. YWCA staff answered 1,266 crisis line calls last year, averaging three calls a day.

This crisis line is essential to providing services, as it is usually how a client first reaches out to seek help or to question the controlling narrative a batterer has been using.  Because of the emotional control a batterer has over a victim, it takes time for someone to decide to abandon the life they know, abusive though it may be, and start over.  What can make the difference is the Advocate on the other end of the line.

The Episcopal Diocese of Wyoming recognized the critical situation that COVID-19 has brought to Wyoming and determined to do what they could to help. They dedicated $1 million dollars from their Foundation to help directly fund community needs resulting from the pandemic. When Holy Communion Episcopal Church in Rock Springs learned that YWCA -CFC had received cuts from some of their usual grant sources after the pandemic hit, the Church applied to the Diocese for help.

Initially, the Diocese granted $5,000 to YWCA to help fund the stipend given to employees for covering the crisis line. However, understanding the need for this critical service, the Diocese then provided an additional $8,000 for a total of $13,000. These funds will continue to support the dedicated Advocates who are there for victims whenever they are ready to reach out.

October is Domestic Violence Awareness Month and YWCA is doing several activities this month to help raise awareness in the community of this often hidden crime. Purple lights shine on Dewar Drive. Signs stating “Stand Against Domestic Violence” are showing up on people’s lawns, proclaiming their support.  Purple bracelets are available around town for individuals to wear to encourage others to speak out against domestic violence.

YWCA also will host a Luminary Event at Bunning Park on October 20 starting at 5:30 pm. Individuals can drive around Bunning Park (starting on the South side near “J” street”) to see the 11 Silent Witness Silhouettes representing the 11 women killed in Sweetwater County. This year YWCA obtained two new silhouettes.  The first represents “Missing, Murdered, Indigenous Women” (MMIW) and the second is called “HOPE” and focuses on the connection between domestic violence and suicide.

The two Silhouettes will be part of the Luminary event on October 20.   Each shield carries the name of the woman who was killed. For the MMIW silhouette the shield states, ““Indigenous women and girls are sacred. In response to calls for action from Indigenous families of the Wind River Indian Reservation, this silhouette serves to honor, mourn, increase awareness, and end the epidemic of Missing and Murder Indigenous Women and Girls.”

The shield on HOPE states, ““You’re tired of crying, fighting, being angry, feeling like it is all your fault, like no one cares.   Let us help you, stand beside you, and fight with you.   You are not alone. Tomorrow is a new day.”

“The Episcopal Diocese of Wyoming is proud to support the excellent work of the YWCA of Sweetwater County.  As Chair of the Diocesan Suicide Awareness and Prevention Task Force, I can attest to the commitment of the Diocese in working to address the tragedy of suicide in our great state,” Rev. Dr. Bernadine Craft, who is the priest at Holy Communion Episcopal Church and a member of the Diocesan Foundation Board, said.

“Recognizing that the additional stressors brought on by the pandemic and the resulting economic crisis only increase the feelings of ‘hopelessness and helplessness’ that so often lead to suicide attempts, we have committed significant resources  to provide hope and help in these days when many see only darkness and despair.  The shield on the HOPE silhouette says it all; we join them in promising that “You are not alone.  We want to stand with you, fight with you, and make sure you are here tomorrow, to see the dawn of the new day,” Craft added.

YWCA is extremely grateful for the support the Episcopal Diocese of Wyoming and Holy Communion Episcopal Church have provided to YWCA and the survivors in Sweetwater County. 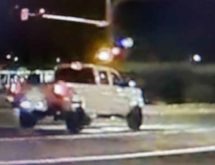 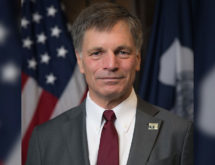 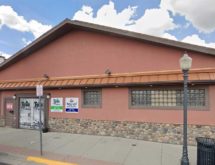 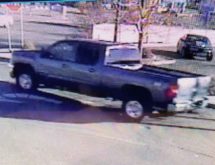