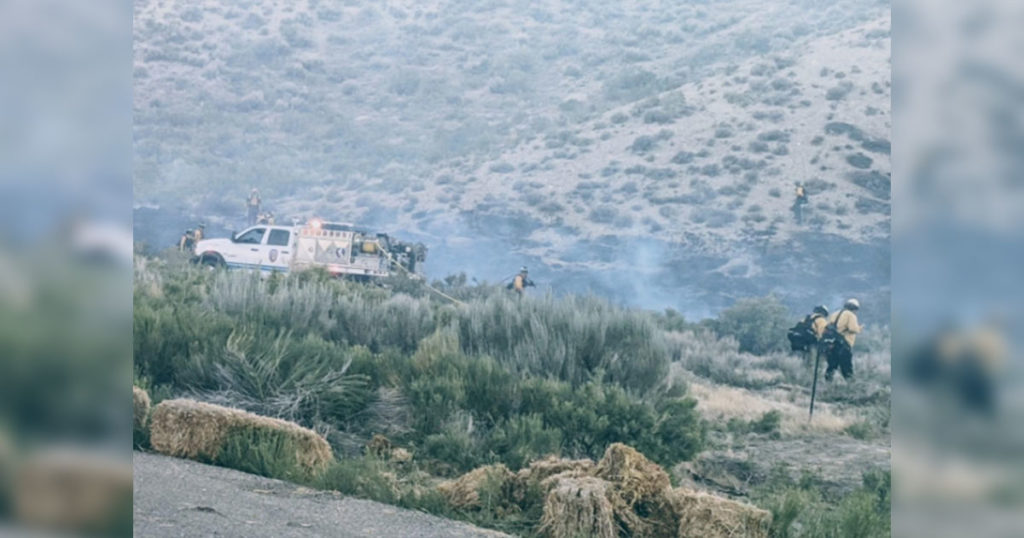 ROCK SPRINGS — Fire units from the Joint Fire Command Task Force responded to 15 fireworks related fires on the fourth of July and three on July 5.

The fires varied in size from ½ an acre to the largest of the fires being 2 ½ acres. All of these fires burned on private and Bureau of Land Manangement lands in the areas of north of Rock Springs, Reliance, Foothill Boulevard, near Volcic’s trailer park, and in the area of the BLM Horse corrals on Lionkol Road., many of these fires threatened homes and other property. Several smaller fires were reported in other various areas.

The first reported fire came in around 12:15 on the July 4 with the final call coming in at 12:44 am on July 5. At one time local resources were nearly completely depleted due to fire calls coming in at such a rapid pace. Our fear of not having resources available to send to fires nearly came to fruition.

Local resources and first responders were pushed to the maximum, we bent extremely hard, but due to the hard work and dedication of area firefighters we did not break. No injuries were sustained to any of our firefighters which is a huge relief given the circumstances they were faced with on July 4.

These fire calls only represent the fireworks related calls that firefighters respond to on July 4 and does not include all the other emergencies that we deal with over a busy holiday weekend. When you add in vehicle accidents, medical calls and other calls for service it makes for an extremely taxing holiday weekend on our resources.

I would like to thank all the local responding agencies that shared resources with us to keep our community safe.

It is cooperation like this that aids us all in our time of need. A special thank you goes out to the dispatchers of the Sweetwater County Combined Communications Center without them answering the thousands of calls and getting us the information, we would not have been able to complete our mission.

The task force was formed three years ago as an effort to share resources to help mitigate the overwhelming amounts of emergency calls that happen on the evening of the 4th of July. Kitchner would like to remind citizens that we still have extremely dry conditions in southwest Wyoming and urges them to use caution when out enjoying the outdoors.