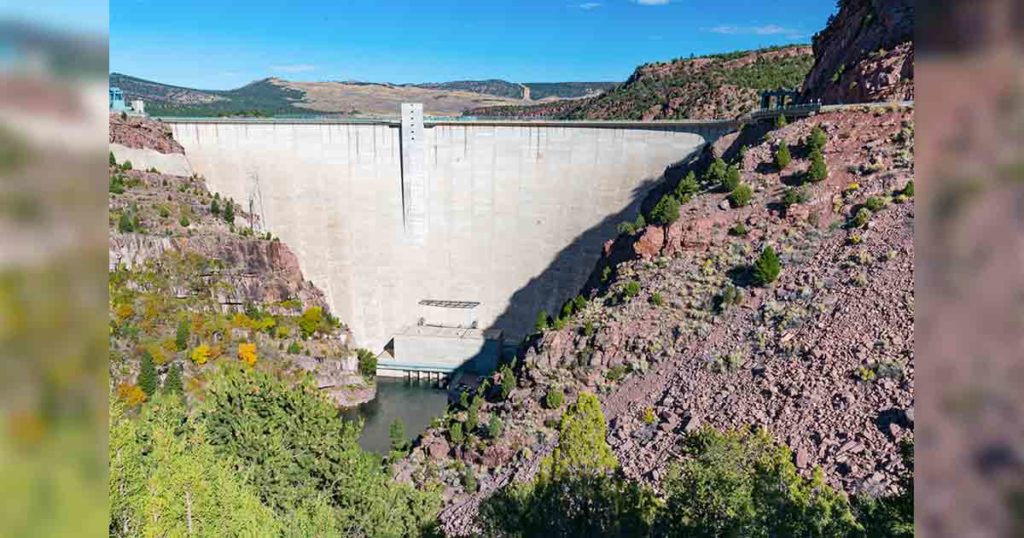 In an effort to help with drought conditions and storage concerns at Lake Powell, the Bureau of Reclamation will be increasing releases from the Flaming Gorge Reservoir starting today.

The Flaming Gorge Operation Plan is currently being updated and releases will be made within the flexibilities of the 2006 Flaming Gorge Record of Decision. Reclamation continues to work with the U.S. Fish and Wildlife Service regarding releases and the management of endangered fish.

Beginning July 15, the daily average releases from Flaming Gorge Dam are scheduled to increase from 860 cubic feet per second (cfs) to 1,310 cfs at 50 cfs per day increments. Average daily releases at 1,310 cfs is planned to start on July 23.

As of July 14, the Flaming Gorge Reservoir’s pool elevation is 6023.31 feet, which amounts to 83 percent of live storage capacity, according to the Bureau of Rec. Unregulated inflows for the month of June is approximately 149,000 acre-feet (af), which is 38 percent of the average June unregulated inflow volume.

The July water supply forecast of the April through July unregulated inflow volume into Flaming Gorge Reservoir is 350,000 acre-feet (36% of average).