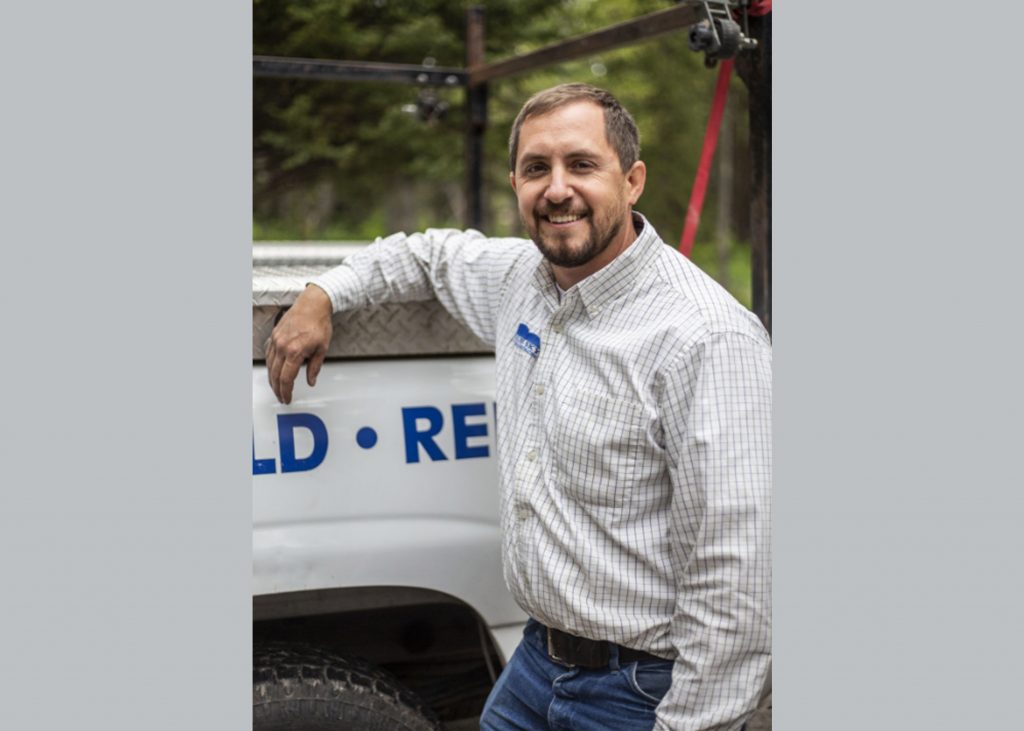 Outfitter Mark Uptain was retrieving a client's elk carcass when he was attacked by the bears last week.

JACKSON — The Wyoming Game and Fish Department is working to finalize its investigation into a recent grizzly bear attack that killed Mark Upton, 37, of Jackson, and injured his client.

Yesterday, Game and Fish killed the two grizzly bears believed to be involved in the attack.
​
“This is a tragic situation. Our thoughts and prayers go out to the victims’ families and friends,” said Brad Hovinga, Jackson regional wildlife supervisor for the Wyoming Game and Fish Department.

On Friday evening, Game and Fish personnel were notified by the Teton County Sheriff’s Office that a guide and his client were attacked by two bears while the men were field dressing an elk shot by the client the day before in the Terrace Mountain area.

The Game and Fish immediately responded to the area to provide assistance to the Teton County Sheriff’s Office in their search for the victims.

The hunting client was flown to a local area hospital by helicopter where he received treatment for his injuries and the search began for the guide who was missing at the time of the initial response.

Using information provided by the hunter, Game and Fish began to investigate the attack simultaneous to searching for the missing victim. This is standard operating procedure when wildlife attack humans.

The interagency search for the missing guide was suspended Friday evening and resumed early Saturday morning.

The guide’s body was found that day, his fatal-injuries consistent with a bear attack.

An investigation found a discharged can of bear spray with the safety off near the body. It was later determined that the sow (female bear) had been sprayed with bear spray.

Later Saturday afternoon, foot snares were set at the site in an attempt to capture the offending bears.

The use of foot snares allow Game and Fish personnel to live capture a bear in order to evaluate the individual bear and determine if the bear was involved in the attack prior to any management action.

On Sunday, a team of five Game and Fish personnel traveled to the site to check the foot snares.

Upon reaching the site, it was determined a yearling grizzly bear was captured in the snare and an adult grizzly sow was in the vicinity.

The sow charged the team in an aggressive manner and was shot by Game and Fish personnel.

The yearling bear was chemically immobilized and determined to be involved in the attack of the victims.

The yearling bear was then euthanized. All evidence collected leads Game and Fish investigators to believe these two bears were responsible for the fatal attack.

Based on these findings, Game and Fish has discontinued all trapping operations in this area.

The bears have not been previously captured, relocated or handled by Game and Fish in either conflict mitigation or research efforts.

“The investigation revealed the two men approached the undisturbed elk carcass and there was no sign of bears in the immediate area of the carcass,” said Hovinga. “It was after they started field dressing the elk that the attack happened.”

“This type of bear behavior is not consistent with what we would normally see, especially from a family group. It is more typical for bears to behave in a defensive manner to protect a food source, cubs and their personal space in a surprise encounter,” explained Hovinga.

Game and Fish wants to thank the Teton County Sheriff’s Office and Teton County Search and Rescue for their professionalism during the response and coordination in this incident.

A complete and thorough investigation is still ongoing and will continue with a forensic analysis to provide additional scientific evidence.

Bears are a reality in Wyoming and anyone can encounter a bear. Game and Fish has an extensive online resource to help people learn how to safely hunt, fish and recreate in bear country.

Learn more about being bear aware and reducing the risk of an encounter by visiting the Game and Fish website.