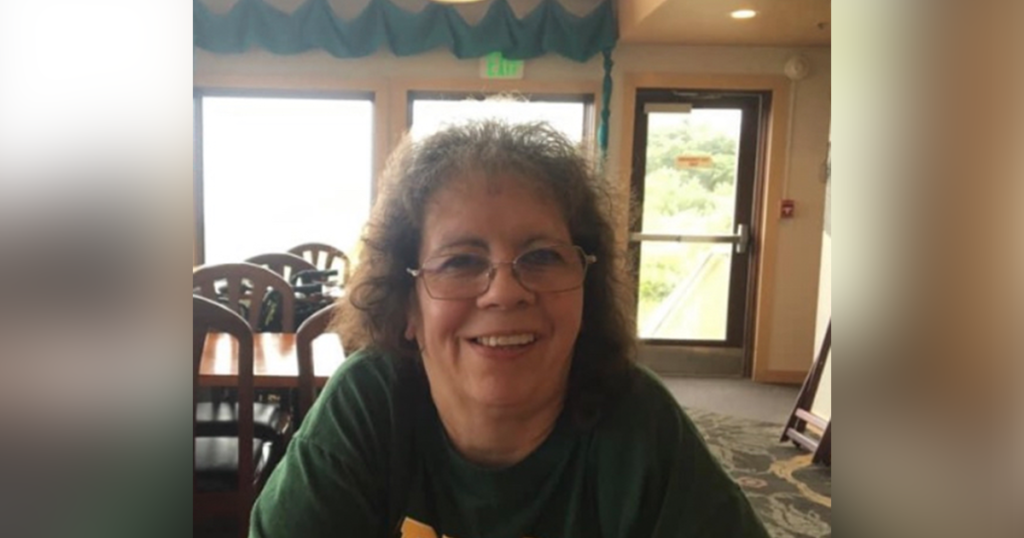 Gloria S. Masters, 59, of Rock Springs, Wyoming, went home to be with our Lord and Savior Jesus Christ on April 3, 2021, as a result of complicated health problems due to a stroke she had the year prior.

She was born April 16, 1961 in Rock Springs to Tomas T. and Laura M. Maestas. She grew up in the town of Reliance, Wyoming with six brothers.

She graduated from Rock Springs High School in 1980. After she graduated, she married husband and best friend William (Bill) L. Masters, and in 1982 they had their daughter Sharona (Masters) Dobson. She continued her life in Rock Springs working full time and raising their daughter. After 2001 she moved to Florence, Oregon, where she resided for many years. After her health began to worsen she made the choice to reside back in Rock Springs to be near her best friend Bill, who would help to care for her.

Wherever Gloria went, whether it be a restaurant, or a grocery store, she made many friends that she would call her “little buddies”. She touched so many lives with her contagious smile and bear tight hugs! She prayed for many and forgot none! She was a shining example of our Lord and Savior Jesus, every day that she lived!

She is survived by Bill Masters of Rock Springs; one daughter and son-in-law, Christian and Sharona Dobson; six grandkids, Tony, Samantha, and Jr of Phoenix Arizona, and Ian, Elijah, and McKenzie of Albany, Oregon; two brothers, Paul and wife Cindy Maestas of Saint George, Utah, and Lawrence and wife Patty Maestas of Onalaska, Wisconsin. She has many nieces, and nephews whom she enjoyed and cherished being called their aunt!

A celebration of life will be held Sunday, May 2, 2021 at 2 pm, at the Park Hotel 19 Elk St, Rock Springs, Wyoming. A buffet style will be served from Santa Fe Trails. For any questions there has been a Facebook set up in the memory of Gloria Masters: facebook.com/groups/gloriamasters.