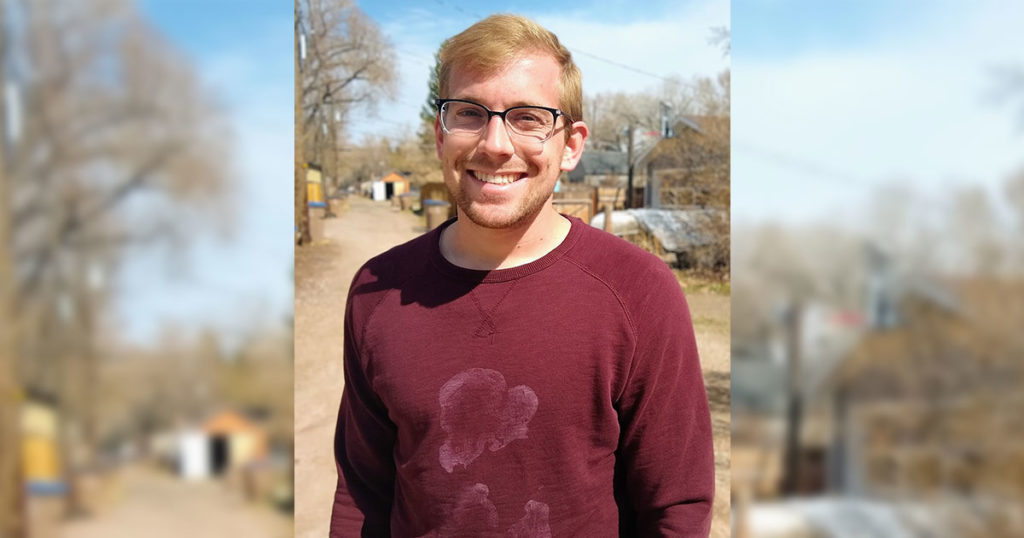 The Undergraduate Research Award, given each spring, is based on collections held by the AHC.

Nathan, who will graduate this weekend with a Bachelor of Fine Arts (BFA) in visual arts, is a student of Professor Mark Ritchie in the UW Department of Visual and Literary Arts.

Typically, the students’ projects are research papers, but they can take many forms, such as creative writing, artistic productions, websites or even group exhibitions, says AHC Director Paul Flesher.

Nathan’s project, titled “Views of the West: Then and Now,” is a print-art project that draws upon imagery evoked by personal journals — including one from an infantryman in the 1800s — that are now housed at the AHC.

The project was from Gerhard Luhn’s elk hunt recorded in Luhn’s diary when he was an infantryman stationed at Fort Laramie, located near Lingle, in the late 1860s. Nathan’s other source of inspiration was a three-day automobile journey from Cheyenne to Denver, Colo., taken by Edith Clark in 1916, described in her journal, during the time she served as Wyoming’s superintendent of public instruction. Both journals are housed in AHC’s collections.

Nathan used an art form known as intaglio, in which the artist creates a copper plate and then makes a series of different prints with it using a variety of inks, colors and other elements to make each image distinctive. Each of the two series of multiple images is contained in a specially created binder to display and protect it, all packaged within a leather cover.

“Ben’s project is ambitious. It sustains a single focus over a series of images. Presenting this suite of images required that Ben then consider presentation. The book structure keeps these images together in a sequence but allows them to be easily removed from the group and experienced as individual images,” Ritchie says. “It really was a continuation of some of the ‘image/object’ concerns that Ben has been considering for a time but taken to a new level with a specific task.”

Nathan received a $500 award from the AHC.

“By studying the diaries and journals from the Luhn and Clark collections, we saw that Ben was able to connect with the views held by the two writers as they looked upon and experienced the western landscape,” Flesher says. “The print-based artwork he created from them shows not just his familiarity with these primary materials, but his willingness to consider their authors’ character and the way they interacted with their surroundings.”

More of Nathan’s intaglio artwork can be found on the UW Department of Visual and Literary Arts BFA online exhibit at www.uwyo.edu/art/bfa-online-exhibition/nathan-benjamin.html.

UW art faculty members may nominate one or two of their students for the AHC’s Undergraduate Research Award, and students may nominate their own work as well.

For more information, visit the AHC website at www.uwyo.edu/ahc/grants/undergrad-award.html. 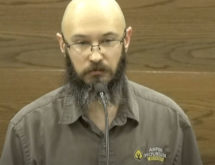