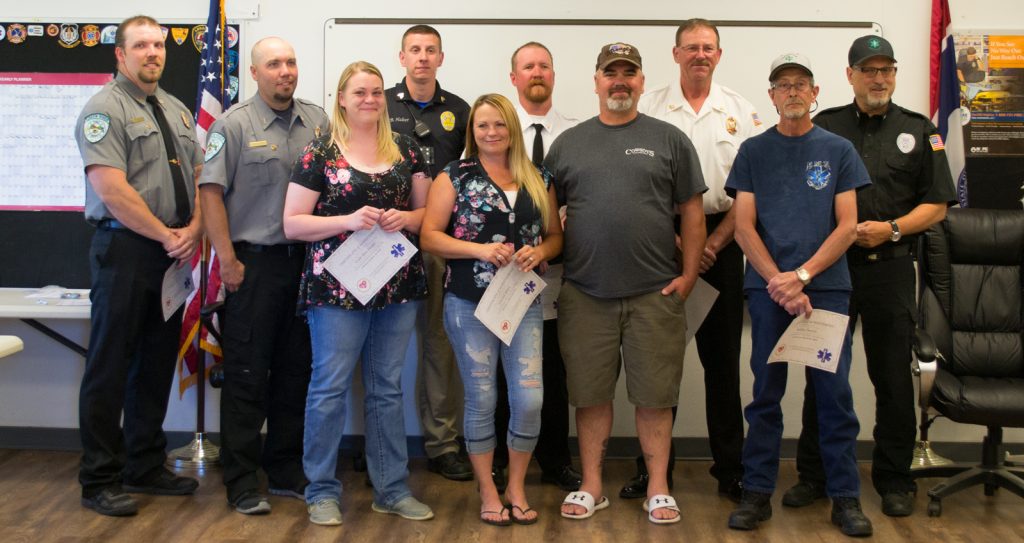 GREEN RIVER– On March 18, Castle Rock Ambulance was dispatched to a residence in Green River in which members of all the Green River emergency responders agencies aided in a CPR save.

When Castle Rock Ambulance arrived on the scene when Chester Sliter, 48, went into cardiac arrest, CPR was already in progress.

Director of Castle Rock Ambulance John Taylor said Chester is alive today because compressions were started as soon as possible. Taylor said the first thing he teaches in CPR classes is that compressions need to be started within minutes of the cardiac arrest.


Agencies Worked Together to Save a Life

When the ambulance arrived, EMTs Bobby Harris and Caile Drake took over and performed the CPR protocols and used the defibrillator on Chester. Taylor said it was Drake’s first call under those circumstances and that she did a great job.

“My team was flawless that day,” Taylor said.

Once Chester was stable enough, he needed to be moved to the ambulance and taken to Memorial Hospital of Sweetwater County.

Members of the Green River Fire Department quickly jumped in and carried Chester to the ambulance.

Taylor said he is pleased to say that all the involved agencies working together is what saved Chester that day.

“This is how people make it,” Taylor said.

On Tuesday, Taylor handed out certificates and pins to all of the individuals involved that helped save Chester’s life.