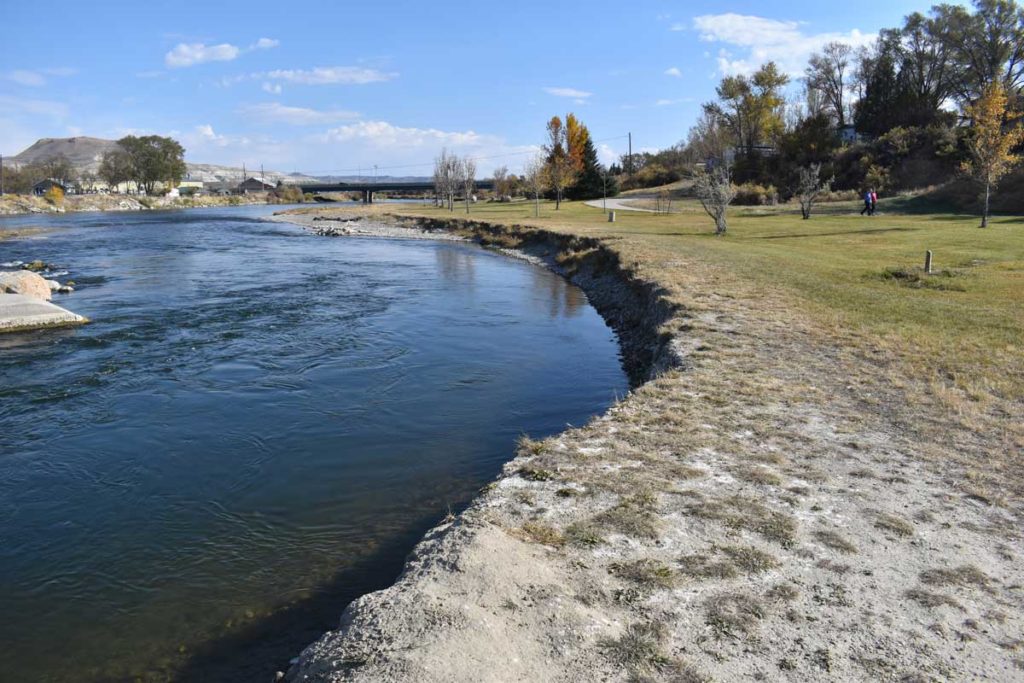 GREEN RIVER — The City of Green River will apply for a Wyoming Outdoor Recreation Grant (WORG) totaling $300,000 for improvements at Riverside Memorial Park.

The Green River City Council unanimously approved for the city to go out for this grant during the Council meeting Tuesday night. The grant would have a 10 percent, or $30,000, match if approved.

If the funding is granted, the project would utilize WORG funds to create an ADA accessible fishing platform on the main channel of the Green River, add two swinging benches along the Greenbelt Pathway, secure the riverbank along the greenbelt pathway, and add a small shelter.

Green River Parks and Recreation Director Brad Raney said that when drafting the Greenbelt masterplan, residents ranked riverbank stabilization and better access as top priorities for the Greenbelt. Both of these areas would be addressed in this project.

“This is a really important corridor, this is where most people access the Green Belt. It’s recreation, but it’s also connecting business, schools, and people use it to get from point A to point B,” Raney said.

Raney said that since 2019 the city has secured two other grants, as well as $50,000 in Rec Mill funds, to improve this area. The map below shows the different grant funding the city has received and what improvements that funding will target. Shown in red is the Land Water Conservation Fund grant, purple is the WYDOT Tap grant, and in blue is what WORG funding would cover.

If the WORG funding is secured, Raney said they will have just over $800,000 in grant funding for improvements in this area. Mayor Pete Rust said this area is used by both locals and people who come from out of town, so this is an important area to improve.

“This will be really, really important. As you all know, it’s a highly used area,” Mayor Rust said.

The Council unanimously approved the third and final reading of an ordinance that addresses loopholes in the current state statues regarding human trafficking and prostitution. Amendments were made to Chapter 18 Article VI, adding sections 18-79, 18-80, and 18-81 of the City Green River Code of Ordinances.

The definitions did not previously address commercial sex acts that involve manual manipulation without sexual intrusion, and this change in ordinance language addressed this concern.