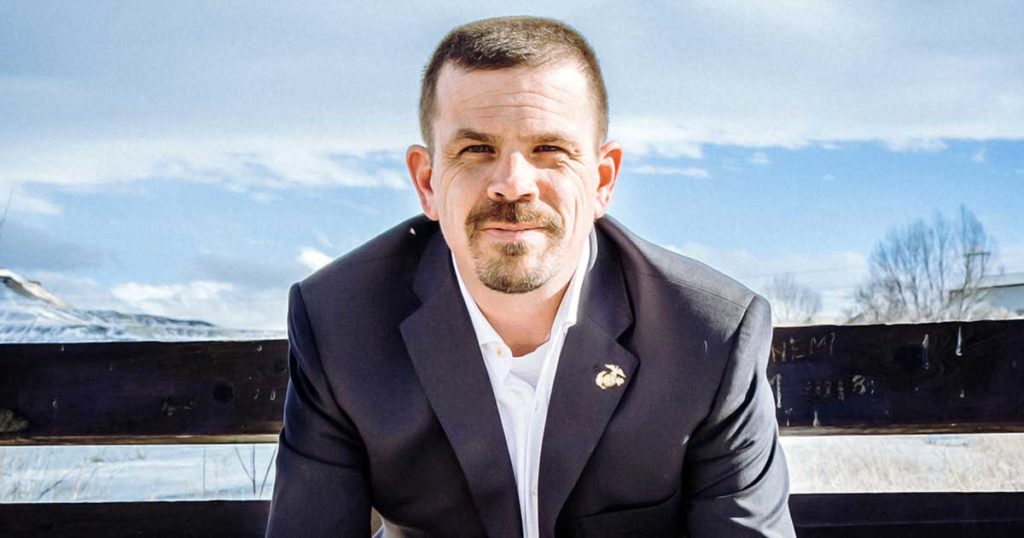 Marshall Burt is the first Libertarian to be elected to a position in a State Legislature in the United States since 2002.

GREEN RIVER — Tuesday night was a historic one for Green River’s Marshall Burt, as he became the first Libertarian to win an election for State Legislature in the United States since 2002.

Burt will be serving in the Wyoming House of Representatives, House District 39, after beating out beloved long-time HD 39 Representative Stan Blake.

To add on to Burt’s historic win, he will also be Wyoming’s first third-party legislator in more than 100 years.

Additionally, Burt said he is the first candidate in the United States to win a first run for office as a Libertarian, who did not switch from another party, since 1994.

“It’s all been surreal and humbling,” Burt said.

Prior to this election, Blake had been serving in HD 39 since 2007. He is the longest-serving Democratic member of the Wyoming State Legislature.

According to the unofficial election results, Burt received 1,696 votes while Blake received 1,420.

Though Burt’s win deserves celebrating, he said he is already prepared to get to work in Cheyenne.

“I’ve had phone calls already from our current State Legislature Leader welcoming me to the next session,” Burt said. “I’m honored to have the opportunity to carry the voices of District 39 to Cheyenne.”