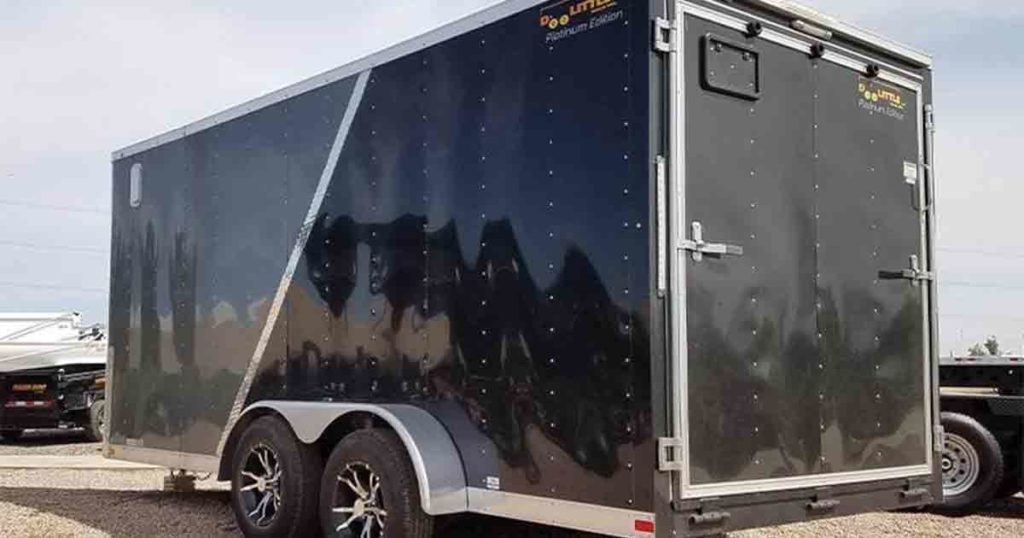 The Sweetwater County Sheriff’s Office (SCSO), Rock Springs Police Department (RSPD) and the Green River Police Department (GRPD) are all investigating cases where cargo trailers have been stolen from businesses and residences. Some of those cargo trailers had recreational vehicle stored in them. In one case, an empty cargo trailer was stolen, driven to another location outside of Sweetwater County, and filled with stolen recreational vehicles.

“Our detectives are aware of at least six cases between our agency, GRPD and RSPD involving the theft of cargo trailers with recreational vehicles, or related items, inside of them,” Sweetwater County Sheriff’s Office Public Affairs Officer Jason Mower said. “We have investigated two of these cases in the last four to six weeks.”

“In each of our two cases, both trailers and the contents have been recovered in Utah,” he said. “One of the stolen trailers was locked and the lock was cut; the other was not locked, and neither had hitch or tongue locks.”

The SCSO is urging residents to secure their enclosed cargo trailers with heavy-duty, commercial-grade locks and tongue locks. They are also asking residents to consider setting up some sort of surveillance system to help investigators in the event they become the victim of theft.

The RSPD is currently investigating several incidents involving the theft of enclosed trailers with recreational vehicles inside of them, a recent social media post from the RSPD stated.

“It is the actual cargo trailers being stolen,” RSPD Public Information Officer Jennifer Maze said. “The three that have been stolen also had recreational vehicles inside. None of the the cargo trailers had hitch locks.”

According to Maze, the trailers in Rock Springs have were stolen from businesses and residences at various times of the day and on different days.

“The cargo trailers can be secured with hitch locks or removable hitches,” Maze said.

GRPD officers are also continuing to investigate a case where two jet skis, along with the trailer, were stolen from Logan Street in Green River on August 2. On August 4, the green jet ski and trailer were recovered in Utah, along with two paddle boards, GRPD Public Information Officer Jamie Green said. The paddle boards are believed to be stolen property and the GRPD is still trying to locate the owner of the paddle boards.

“We recommend if you have a trailer parked on the street, put a trailer hitch lock on them. Keep vehicles and trailers locked, don’t leave keys in ATV’s, vehicles, or UTV’s,” Green said. “If you have home surveillance, make sure it is working and recording properly, and report any suspicious activity.”

Sweetwater County isn’t the only area in the state seeing cargo trailers stolen. According to a social media post from Uinta County Law Enforcement Services on August 3, in the early morning hours of August 2, a white enclosed trailer containing two side by sides was stolen from a residence in Lyman. The trailer may have been taken by someone driving a late model white Ram 2500 pick up.

All of the law enforcement agencies are continuing to investigate these thefts, anyone with information is encouraged to call them.

If you have seen the red jet ski or may have information regarding the theft, please contact GRPD Detective Rob Fischer. rficher@cityofgreenriver.org or call 307-872-0555.

Anyone with information regarding these or similar incidents in Sweetwater County should contact SCSO Detective Sergeant Hall at (307) 922-5331.

Anyone with information regarding the thefts in Rock Springs, can contact RSPD Detective Division at 307-352-1588 or message them on their Facebook page.

Anyone with information about the stolen trailer near Lyman, can contact the Lyman Police Department at 307-787-6500. This information can also be shared by text to Crime Stoppers at 307-708-CASH (2274).