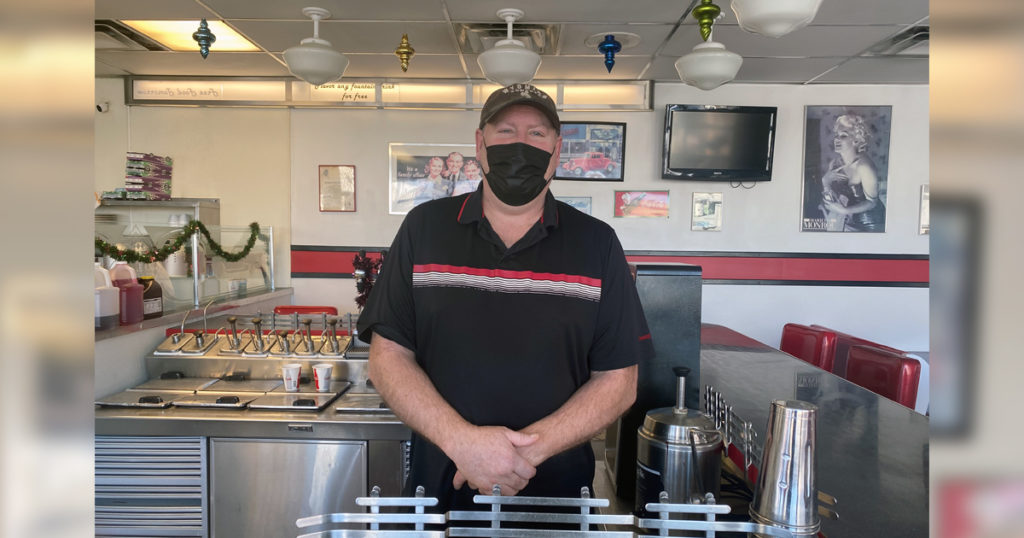 Broadway Burger Station owner Carl Tygum said this was the toughest year the restaurant has had in the 15 years since he and his family have been there.

It’s been well-documented over the past 10 months how the spread of the COVID-19 Coronavirus has affected nearly every business in one way or another, especially the small local businesses that our friends and neighbors run.

From “mom and pop” stores, to local drinking spots, to hospitals and assisted living facilities, COVID-19 turned the world upside down forcing many businesses to either make dramatic changes, or close down all together.

Restaurants, of course, were no exception and in fact may have taken the biggest hit of any industry worldwide. Sweetwater County eateries, like many others across the U.S., closed dining rooms, changed cleaning protocols, and offered delivery and takeout options in the first months of the pandemic just to keep business flowing.

“That doesn’t sound like a lot, but we aren’t really set up for a to-go order and delivery business,” said Broadway Burger Station owner Carl Tygum of their Downtown Rock Springs business. “We had to purchase heat lamps and some other equipment to help us transfer from an in-store business to an out-the-door business.”

“Business was way down for those first three months because people just decided to stop eating out. Moneywise we were at the lowest we’ve been in the 15 years that we’ve been here.”

Tygum was thankful that the Payroll Protection Program (PPP) allowed him to keep all of his staff employed. And once Wyoming Governor Mark Gordon eased some the state’s public health orders, business improved.

When Life Hands You Lemons…

From June to October 2020 restaurants were allowed to open 50 percent of their dining rooms. In order to do that, employees were required to wear masks throughout their shifts. Other changes included pulling condiments off the table, seating people at every other booth, adding sanitizer stations around the store, and “a lot more heavy duty cleaning” which slowed the service process down, according to Tygum.

But when life hands you lemons, make lemonade – right?

Tygum said people traveling through Rock Springs during the summer stopped because Broadway Burger announced outdoor dining on Tripadvisor. They also teamed up with Square State Brewing to deliver meals to the tavern when people got hungry. Tygum said he hopes to keep that partnership going even after the pandemic.

“That’s really a win-win because it creates more seats in another location for us, and they can keep people there longer,” he said.

Just down the road, Bomber’s Sports Bar manager Traci Dean said it was a challenge keeping people employed because of the large staff that works both Bomber’s and Marty’s Gastro Pub next door. That’s why owner Daryl Fellbaum decided to expand his options to include delivery, Dean said. They also amped up their social media to let those at home know what the daily food specials were.

But even after Gordon relaxed health order in June, business still didn’t come back like she had hoped.

Dean said when they were eventually allowed to re-open, Bomber’s had to close off six chairs at time between the gaming machines. so it cut seating down “immensely.”

Dean said for the most part customers have been respectful of the health orders and polite to the employees. Outside of a couple of cases where a customer was asked to leave for lack of cooperation, the operation has run smoothly.

“Mainly everyone understood everything and went with it,” she said. “People have been well-behaved.”

Payroll is generally the biggest expenses a company incurs, and Dean said the toughest part of the entire pandemic was keeping people employed. Because the health orders prevented them from operating at full capacity, servers didn’t make as many tips. Dean explained that they didn’t cut staff or necessarily hours, they just couldn’t serve as many tables which negatively impacted their employees’ income.

Holiday parties have always been a staple for Marty’s since it opened in 2011. In a normal year the restaurant might book 6-8 company parties, ranging from small parties of 20 to 30 people all the way up to groups of 70. This year looks very different.

Fast food restaurants were equally impacted by the shut down early in the pandemic, but they had the unique advantage of their drive-thru windows to keep business going.

“I’m blessed in the fact that we did have drive-thrus because if we didn’t we would have had a disastrous year. We’re still not whole, but the amount we’re down is manageable.”

Bailey added that Wyoming’s soft economy throughout 2020 made it even more difficult for restaurants and other businesses trying to navigate the pandemic.

Wendy’s General Manager Linda Luckey urged residents to wear masks for just a little while longer, because most business owners are beginning to see a little light at the end of the tunnel

“I know that wearing masks is terrible and everybody hates it,” Luckey said. “But if everyone would just do it, get it over with and move on, then we can go back to normal.”

Both Bailey and Luckey echoed the other restaurant owners we talked to in that they were able to keep their entire staff employed thanks to the PPP loans.

One thing is certain as we turn the page into a new year: every business owner in Sweetwater County and beyond is looking forward to a day in the near future where we will return to life as normal. Perhaps Bailey summed it best up when he clarified the community spirit that kept his businesses afloat, and we can all embrace moving into the new year.

“We survived. And we’ll survive 2021, and we’re looking forward to serving our customers inside again,” he said. “But right now my priority is to take care of my employees because they have taken care of me.”