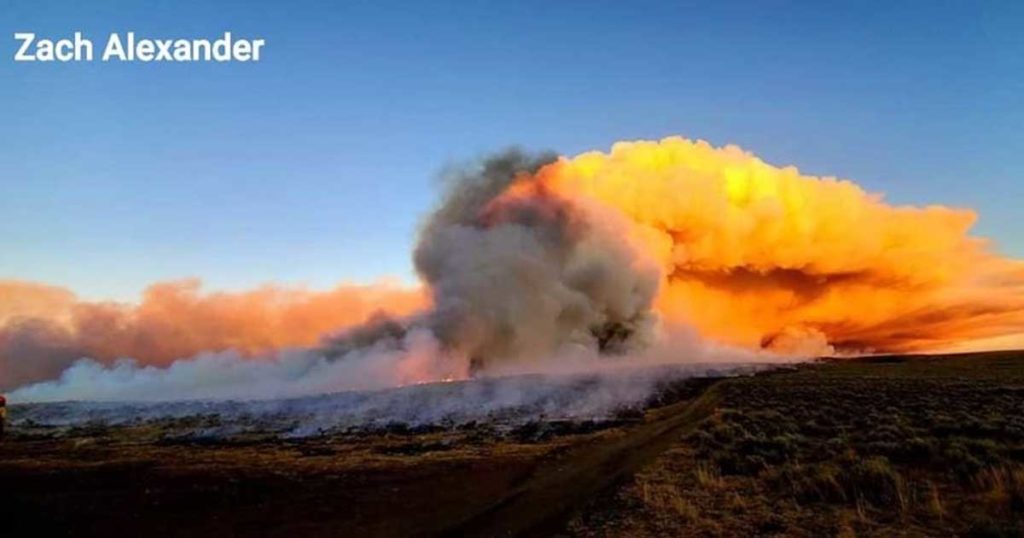 ALBANY COUNTY — An infrared flight near midnight determined the Mullen Fire to be currently at 170,996 acres with 14 percent containment. There are 1,079 firefighters assigned to the fire.

Containment is mostly along the west portion of Hwy 230 in the Platte River Valley in Wyoming, Hwy 125 and Hwy 127 in Colorado, and a piece to the west of Woods Landing.

Fire crews assessed need and ordered supplies for structure protection in the Ryan Park and Centennial areas in the event the fire moves closer. Residents can expect to see additional firefighter traffic and activity over the coming days there and along Hwy 130.

Late yesterday, a burnout was conducted to secure the area about four miles north of A Bar A ranch in the northwest section of the fire. The fireline is now tied into some hard barriers and a creek.

While the north perimeter is resistant to containment due to heavy concentrations of dead and down fuels, the fire is being held in the Rambler area along Hwy 338. Structure protection efforts there and around Keystone are successful. Helicopters will be assisting with water drops.

Fire has worked its way around Albany. Firefighters will focus suppression efforts in the transition between timber and grasslands along the old railroad line between Albany and Centennial. Fixed wing aircraft will be helping to fortify that line as clear air allows.

Grazing lands between Albany and Sheep Mountain provide a fuel break for firefighters assisted by fixed wing aircraft and retardant to limit fire spread to east as conditions allow.

Firefighters are working to cool the heat in the finger burning west of Woods landing.

Structure protection efforts in the Foxborough and Fox Park areas have been successful as they have been in the Mountain Home area, although there is a bit more heat in that area.

A red flag warning is in effect from 9 am until 8 pm today. Temperatures continue to be warm and dry with highs of 62-69 degrees. There are increasing winds from the west and southwest of 13-18 mph, gusting to 25-30 mph after 10 am. Similar weather is expected for Friday before a cold front is expected to drop temperatures by 25 degrees with chance of snow in upper elevations on Saturday.

To stay up to date on Mullen Fire activity, visit https://inciweb.nwcg.gov/incident/7208/.