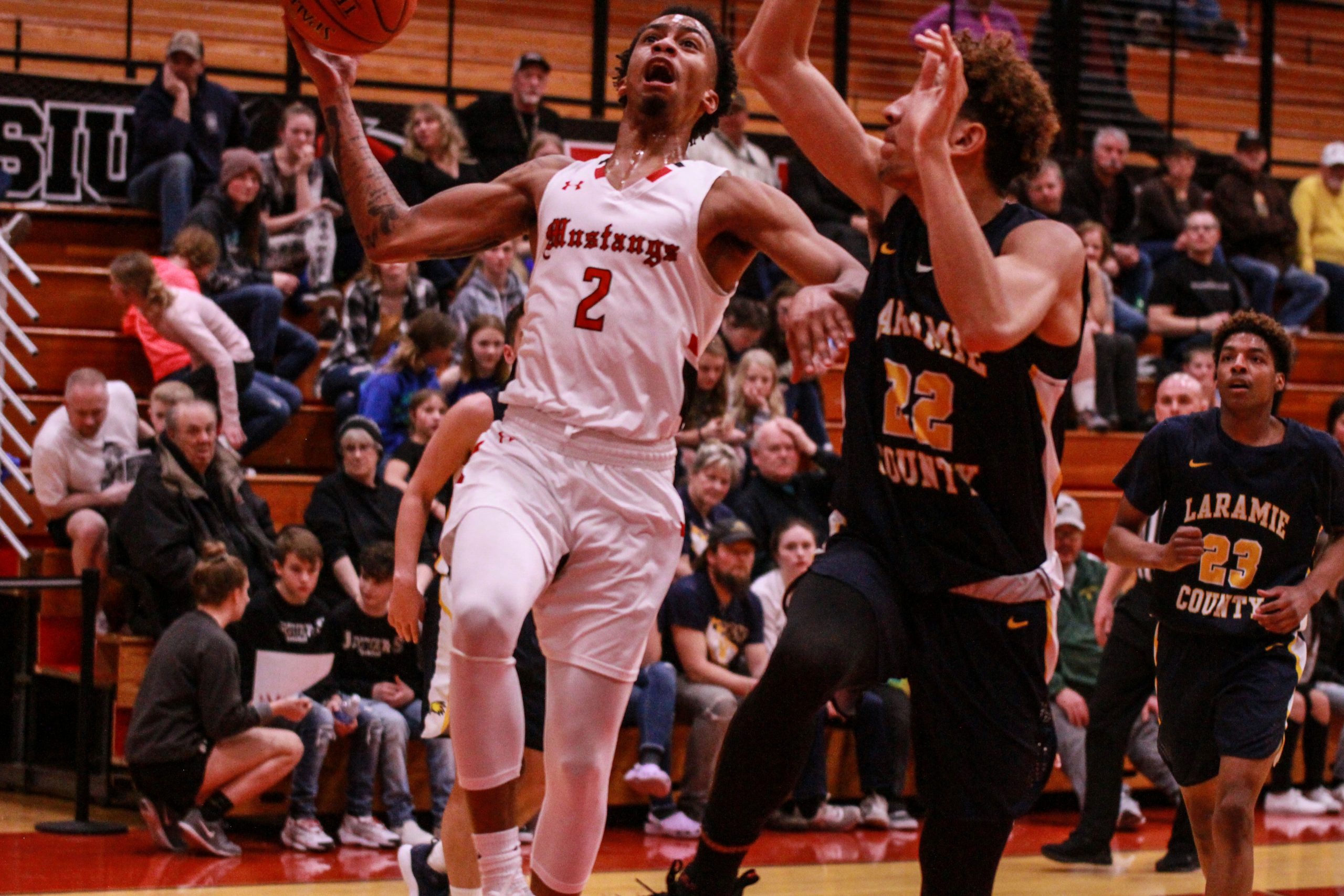 Jalen Blaize goes in for a layup during last week's game against Laramie County Community College. Photo by Brayden Flack.

Since the beginning of the season, Western has steadily climbed the rankings each week. Last week, the Mustangs were ranked No. 12.

The three-spot leap for the team comes after two more victories at home this week. On Wednesday, the Mustangs took down Laramie County Community College in an 83-71 victory. Saturday’s home game against Eastern Wyoming College was close and came down to a final possession that ended with a defensive stop by the Mustangs.

This week, the Mustangs are back on the road for two games against Gillette College and Sheridan College.