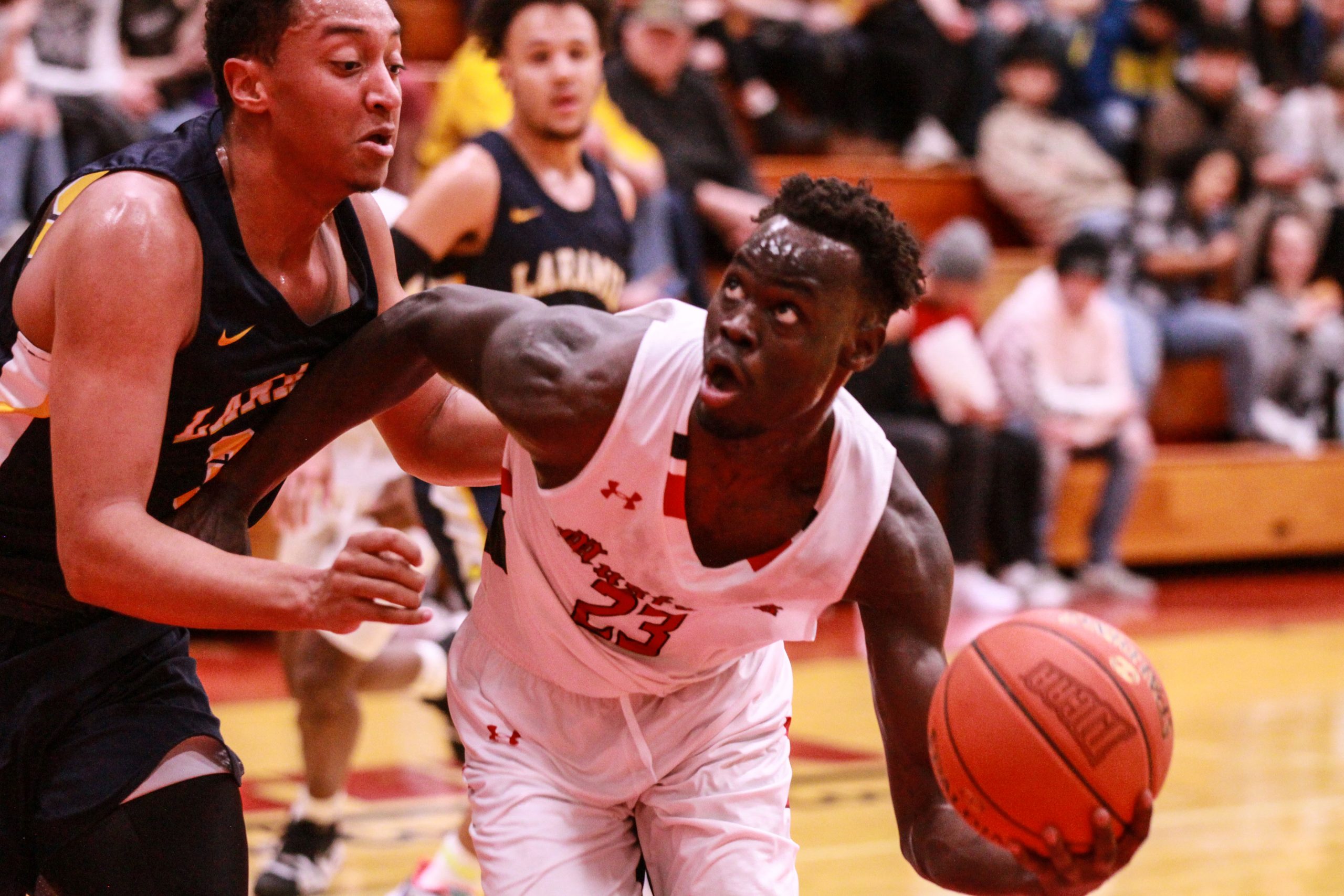 Western Wyoming climbed the rankings earlier this week as the team jumped from the No. 15 spot to the No. 12 position. Western extends their win streak to 11 games and improve to an overall record of 19-2 on the season.

Below is our photo recap of the game.

In the first half of the game, Western jumped out to a quick 5-0 lead in the opening minutes. As the offense found its rhythm, the Mustangs built the lead. Trevor Trost led the way in the first half for Western with 11 points, including three from behind the arc. Trey Marble was the only other Mustang in double figures with 10 by halftime.

Marble continued to find shots throughout the second half to help secure the win for the Mustangs. The guard found his sweet spot from three-point land, totaling five three-pointers in the game. Western’s stingy defense also came up clutch against LCCC’s comeback near the middle of the second half. A handful of defensive stops halted any chance for a Golden Eagle upset. Western closed out the game with a 83-71 victory over LCCC.

Western will be back at home this Saturday against Eastern Wyoming College at 4:00 p.m. in Rushmore Gym.