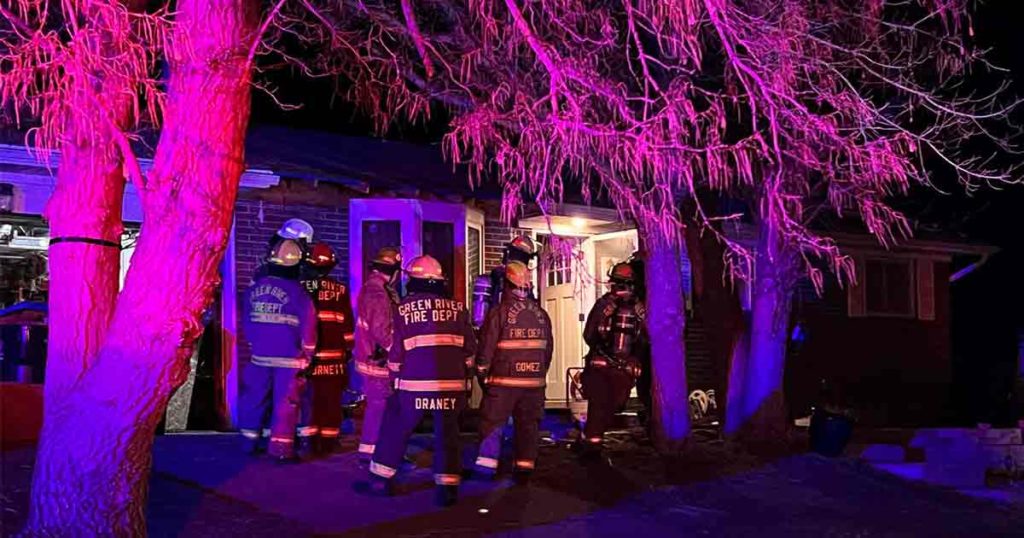 Firefighters were called out to a structure fire around 2 a.m., Saturday, according to a city press release. Upon arrival, it was found that the fire was in the main living room. Green River Fire Department (GRFD) Assistant Fire Chief Bill Robinson said the homeowners extinguished the flames and most of the hot spots, but not before their home was damaged including extensive smoke damage.

Robinson said all three residents were seen by Castle Rock Ambulance personnel for smoke inhalation. Robinson said after ventilating the home, the fire department determined the cause of the fire, which started from an electric bike’s rechargeable battery pack. He said although police, fire and EMS were on scene within minutes of the call, quick reactions of the residents were able to get themselves and the fire out quickly, the release states.

Robinson reports with the smoke damage that occurred, the home is salvageable and all the pets were found safe and unharmed. He says the homeowners stated that even though they did have working fire alarms in the home, it was the family dog that woke them up making them able to exit the home safely.

The department would like to thank the Police Department, Castle Rock Ambulance and the Sweetwater County Combine Communications for always having each other’s backs and making this a successful save.