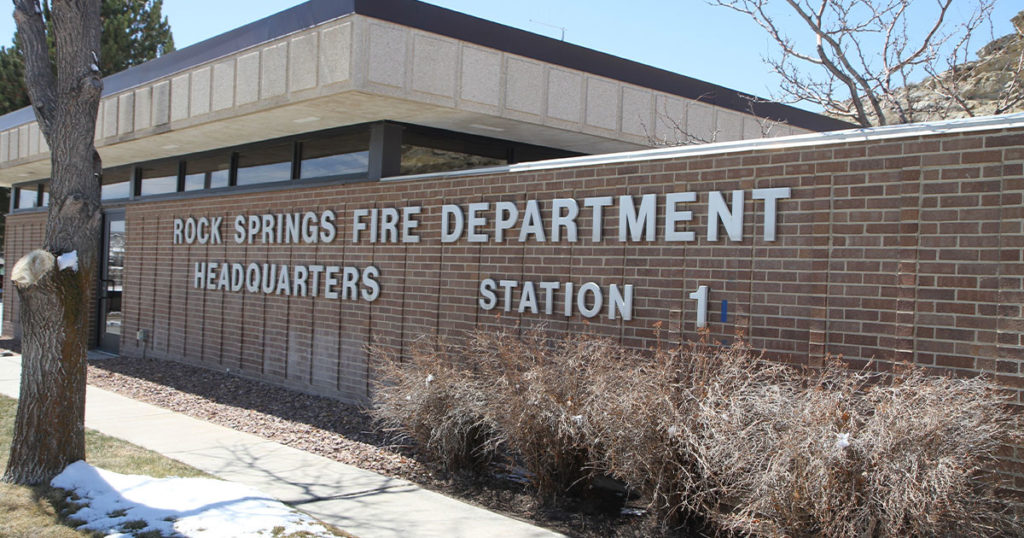 ROCK SPRINGS — While the occupants of the home were already safely out of the house when the Rock Springs Fire Department arrived, the pets were still inside. Firefighters not only worked quickly to find and extinguish the fire, but to rescue the pets.

At 9:31 a.m. on December 16, the Rock Springs Fire Department (RSFD) was dispatched to a report of a structure fire at 317 Angle Street with possible entrapment of an occupant.

The first RSFD engine arrived on scene within 3 minutes of dispatch; all occupants had evacuated the home, with only the family pets remaining inside.

“The Incident Commander directed crews to begin an interior search for the fire. The fire was located in the basement and was quickly extinguished,” the release states. “Entry teams were able to locate the family pets and take them to safety.”

The RSFD would like to thank the Rock Springs Police Department for their help in securing and controlling the scene and Fire District No. 1 for their help. There were no civilian or firefighter injuries form the fire. The cause of the fire is currently under investigation.