This is the second part of a two part series about the Green River Police Department and Mike Kinniburgh’s experiences while he was a member of the GRPD.

He Can Take a Punch

Mike’s neighbor was the police chief and he didn’t like Mike. Mike said it was because the neighbor knew he was somewhat of a trouble maker growing up. Mike had a cousin on the force and he wanted to be on the police force. When his cousin left, Mike went in every month to try and get hired.

One day the police chief left town for several days. Mike went to the station and told the officer there the chief had already hired him. The officer told him to come back when the chief was there, but Mike said he needed the money because he had bills to pay. So Mike was hired. He had been working for a week when the chief got back, they told him Kinniburgh can take a punch pretty good.

In those days, most problems were handled with the parents. If a kid stole a bike, you would go to the parents and tell them what happened. They would grab the kid by the ear and make him/her take the bike back and apologize. Crime solved.

Mike told me the police had the motto that if a person wanted to fight before the handcuffs were on they would fight with the person. But after the cuffs were on, cops became mister nice guy. That made guys respect the cops more and not want to fight them as much. 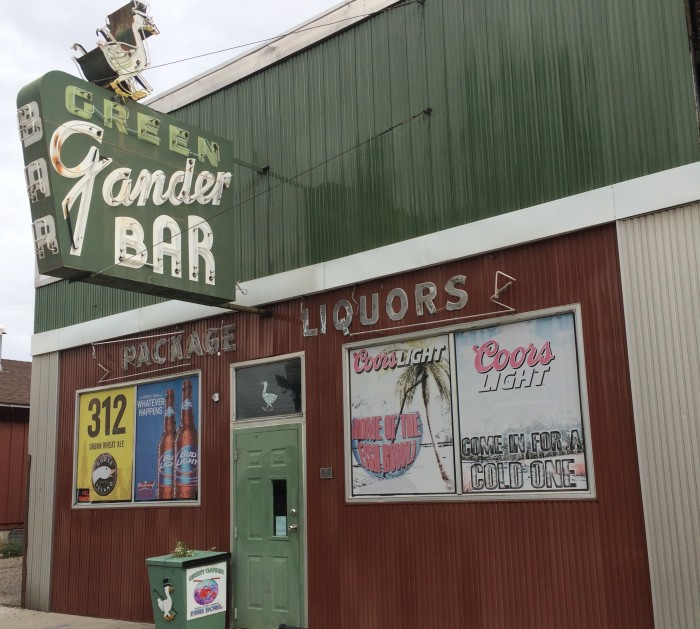 When Mike started on the force, the boom was starting. There were a lot of men in town, and not a lot of women, so men would go to the bars and fight. Mike said there were about three bar fights a night. Because of this, the force wanted people who were 6 ft tall or taller.

As a new hire, the old timers told him to drive slow to a fight so he could just pickup the loser when he got there. However, Mike said, “We were young and foolish. The other younger guys and myself would drive like crazy to get to the fights in time to get in on them.”

By going to the bars by myself, I learned that steel workers were going to punch me. Especially since I was smaller than some guys on the force. I couldn’t go into a bar and simply grab and cuff a steel worker and then expect him to save face and not get called a wimp by other steel workers on the job the next day. So they would hit me but they would tone it down. Instead of breaking my jaw, they would just bruise my jaw. Afterwards, I had to hit them back. I only got one punch so I had to hit as hard as I could.

Once Mike got a guy outside when arresting him, the first thing out of the man’s mouth usually was, “Are you ok?” “I’m fine. You?” They would respond, “You hit pretty good.’” Mike explained that that would get a man on your side and allow you to give them a break. If an officer tried it the other way, it only made a guy want to hurt him more next time.

Mike made friends. That way, when he went to a bar fight, he would have three or four guys to back him up if it was needed. If guys saw others willing to help, many would just offer to leave the bar and an officer wouldn’t have a fight every time. Mike said, “I still got punched a lot. That was kind of standard. It was different. If you punched someone, they didn’t sue you. If they punched you, you didn’t sue them. We learned to live with each other.”

Carriage Park was a big trailer court created because of a major need for housing. The only utilities it had were lights and sewer. There were no telephone lines in that neighborhood, the city paid an off-duty policeman to monitor the area. The officer-on-watch acted as the telephone for the whole neighborhood.

Carriage Park was so bad, had so much crime, that when officers got to work they went straight to Carriage Park rather than patrolling town. Many of the men in Carriage Park were construction workers. Frequently, when the police were called to a house in that neighborhood, they would be met at the door with a gun in their face. Mike said it become so common that police would push the gun away and tell the person to get the gun out of their face and then head inside.

Things are much different for today’s police. In many ways their jobs are harder and in others they are just different. One thing is for sure, we cannot allow our local law enforcement to feel that we do not value them, their daily service and their bravery. Each day they put on their uniforms they place their lives on the line to protect us and our freedoms. When you see an officer, make sure you thank him/her for their work.

Read the first post in this series about trials without lawyers, how to solve domestic disputes with a needle and thread, and the almost perfect crime.