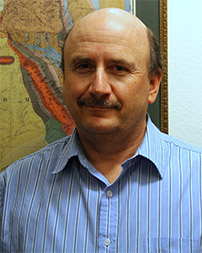 LARAMIE — University of Wyoming alumnus Orion Skinner (B.S. ’80, M.S. ’82) is one of the top petroleum geologists in the nation, winning the American Association of Petroleum Geologists Norman H. Foster Outstanding Explorer Award in 2014 and the Rocky Mountain Association of Geologists Outstanding Explorer Award in 2012. Currently a senior explorationist at Whiting Petroleum Corp. in Denver, Colo., Skinner’s 31-year career includes many important discoveries, such as the highly productive Pronghorn reservoir in the Bakken system of North Dakota. But it all started at UW.

“It was a fantastic education,” says Skinner, who grew up in Pinedale, Wyo. “I originally started in petroleum engineering thinking petroleum would satisfy my geology side, but I soon shifted over to the geology department for the rest of it.”

His passion for geology was fueled by longtime UW geology Professor Don Boyd, who Skinner says was enthusiastic, had a great attention to detail, and really cared about the students and their learning. “He was also a very challenging teacher,” Skinner says. “Between all of those traits, it ignited a spark in me. I’ve enjoyed paleontology and by extension all of geology ever since. The enthusiasm that he showed really changed my direction.”

Skinner credits UW with preparing him for his long and successful career. “The university and the geology department certainly set me up for all of the success that I’ve had, and I’m eternally grateful for all of the professors and the education that they provided to me,” he says. “I thoroughly enjoyed going through with my bachelor’s and master’s degrees, and that gave me the groundwork to succeed.”

The intrigue of geology drew Skinner into a career as an explorer in the oil and gas industry. “It’s very much like a puzzle—trying to understand what’s going on when you can’t see it, and you only have parts and pieces,” he says, adding that he enjoys being creative and then having the chance to test his ideas. “If you do end up finding something new, it can be both gratifying and, for the company, very financially beneficial. On my side, it’s more trying to solve the puzzle and understand what happened hundreds of millions of years ago, and that’s where I really get my enjoyment.”

Skinner finds it rewarding to work in different areas, with a focus on the Rocky Mountain region. “The highlights in the past 10 years have been trying to unlock the Bakken system,” he says. “I’ve had support from management, we have the tools, and I’ve had almost 10 years to try to unravel it. That’s really what led to the award—we followed some of the leads we had based on the cores and then came up with a whole new interval in an area that wasn’t very productive prior to that.”

Both awards came as a surprise to Skinner. “I was pretty stunned,” he says. “I’m usually much more comfortable being a stealth geologist and hiding under a rock. Getting that kind of recognition wasn’t even on my radar screen. It was kind of shocking to get those awards but extremely gratifying that the right people had seen what I was doing and liked what they saw.”

As for the future, Skinner plans to continue his work on the Bakken system and break into new areas. For him, work doesn’t feel like work because of his passion for geology. He suggests others considering this career path have a similar passion.

“I do it as a job, obviously, but when I take vacations a lot of it is to go out and see rocks and explore,” Skinner says of his love for the field. “A lot of it is having a passion for what you’re doing. To me that’s the biggest thing. If you have a passion, then the rest of it is not necessarily a job but a very enjoyable pursuit of that passion.” 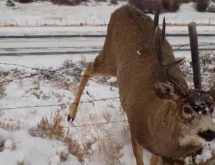