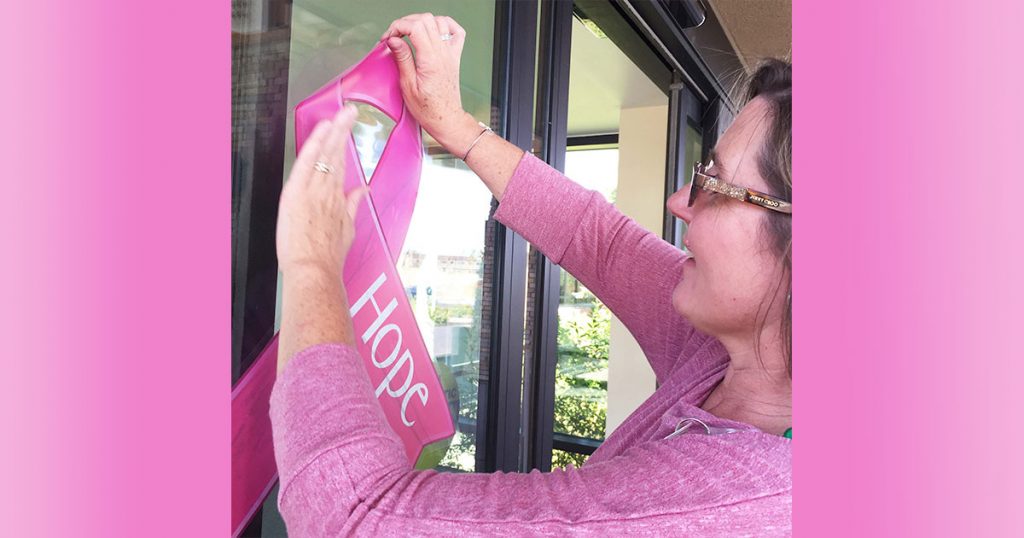 ROCK SPRINGS– Are you ready for a night out? Grab your friends and join Memorial Hospital of Sweetwater County and Sweetwater Regional Cancer Center for Paint the Town Pink – Ladies Night Out.

Paint the Town Pink – Ladies Night Out is designed to be a fun evening to raise awareness.

5:30 pm: The winner of the storefront decoration competition will be announced. The winner will receive a custom trophy and a painting from Edie’s Art Creations.

More prizes: At the end of the movie, more prizes will be awarded.

Events such as Paint the Town Pink are a good way to raise awareness for patients, as well as providers.

“I have had people say ‘I was never offered a screening,’” said Hematologist/Oncologist Dr. Banu Symington, the cancer center’s medical director. “I have heard this more commonly for colon cancer screening.”

“Stories that were once dominated by sadness and loss are now about survivors and personal victories,” he said.

“Breast cancer awareness has become so much more than a single-disease activist movement,” Nicholas said. “The pink ribbon is common knowledge now and, in many ways, has sparked awareness of all cancers for men and women alike.

“We can relate because it is easy for everyone to think of eight women, 16, 24 and even 32, which is not a far stretch,” he said. “With that, you most likely know someone affected by this unfortunate genetic disease with one in eight women eventually developing it.”

Symington said being a woman is the biggest risk factor for having breast cancer.

“You are almost never too young to have it,” she said. “If you have a lump you are worried about, don’t let someone discourage you from testing.”

Wyoming Has Higher Rate of Late Stage Diagnoses than Other States

Numbers alone show why the Cancer Center is making such a big deal about awareness. According to the Wyoming Department of Health, between 2011-15:

“Wyoming lags behind other states in use of screening for mammograms, hence the late-stage diagnosis,” Symington said. “We are trying to increase awareness and utilization of cancer screening studies.”

Nicholas added: “The incredible women who are our mothers, wives, sisters, daughters and friends are more precious to us than anything money could ever buy and it is worth sharing the real science and evidence behind cancer.

“In a world of so much misinformation being shared on the internet and coffee shop talk, as though it’s fact, events that teach the truth should be lighthouses that guide the population to better health and understanding,” he said.

For more information on providers and services, go to sweetwatermemorial.com.