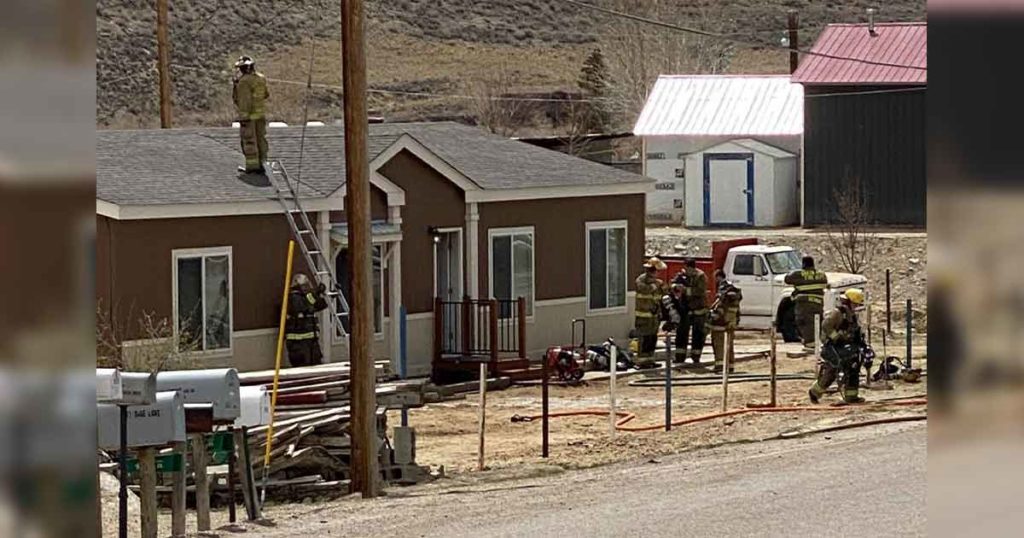 JAMESTOWN — While no one was injured in a fire this afternoon, the interior of a Jamestown home sustained significant damage, according to the Green River Fire Department (GRFD).

At about 2:07 pm, Sunday, May 2, the GRFD, Castle Rock Ambulance and Sweetwater County Sheriff’s Office responded to a single story structure fire at 3939 Johnson Way in Jamestown, according to a Facebook post from the GRFD.

“The fire department crews battled the fire on an interior attack and were able to extinguish the fire,” the post states. “The homeowners were not home at the time of the blaze and there were no other occupants in the structure. No one was injured during the fire, although there was significant damage to the interior of the home.”

Due to a quick response from the emergency first responders the home is salvageable, according to the GRFD. The cause of the fire is still under investigation, but it appears that it started in the kitchen area.