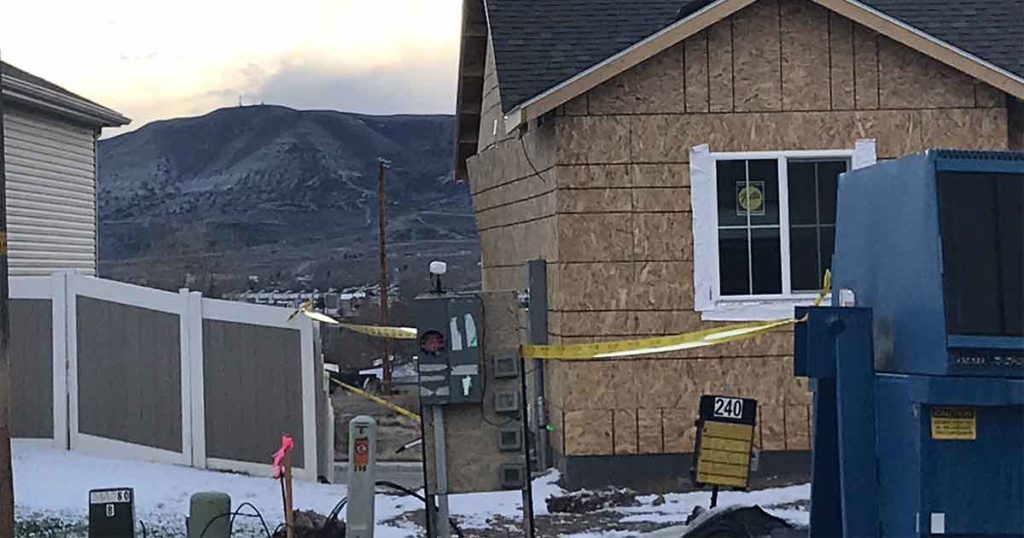 The side of the house on 240 Chardonnay Lane is bulging out after a reported explosion. SweetwaterNOW photo

ROCK SPRINGS — The Rock Springs Fire Department responded to Chardonnay Lane this evening for a reported explosion at a home being constructed.

RSFD Chief Jim Wamsley said the firefighters responded to a call of a house fire around 6:30 this evening. The call later turned into a report of an explosion. Upon arrival, firefighters noticed what appeared to be smoke coming out of the structure at 240 Chardonnay Lane.

It appears the explosion was caused by a leak from one of the appliances, which was being used to maintain a warm environment. This incident still under investigation.

SweetwaterNOW will update this story as more information becomes available.

The white fluffy material all over the ground and inside the house is insulation. SweetwaterNOW photos.