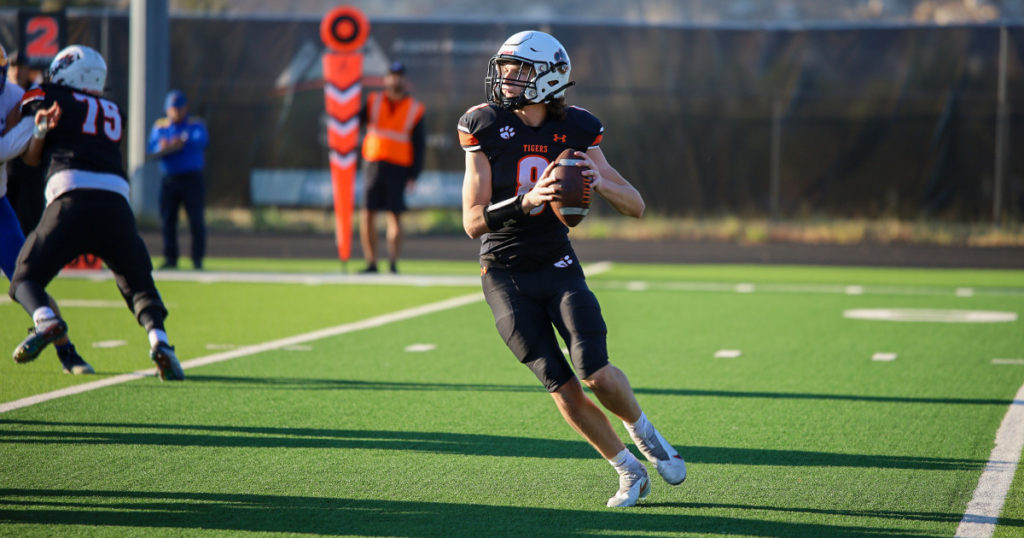 ROCK SPRINGS — Friday night’s rematch between the Rock Springs Tigers and Sheridan Broncs didn’t bounce in favor of Rock Springs. The Broncs proved why they are again one of the top teams in 4A in their 39-28 win.

Rock Springs played a strong first half, but Sheridan’s offense came alive in the second half to extend their lead significantly to secure the win.

One aspect of this game that I was eager to see was how the Tigers would come out and start the game. I wanted to know how this team would respond after coming off two losses, with last week’s collapse to Campbell County late in the game.

Needless to say, the Tigers put together a strong first half defensively against the Broncs, only giving up 12 points. On top of that, they forced two turnovers and limited Sheridan’s big plays offensively.

If there’s one thing I’ve learned about this young Tiger football team through four weeks, it’s that they respond to adversity. You can’t coach that. The effort has been there every week despite the results.

What was most impressive to me was the fourth quarter when Rock Springs fell behind by 19 points. After giving up a 64-yard touchdown run, Rock Springs didn’t roll over and quit. Instead they strung together a few solid offensive drives that resulted in a scores to cut the lead down to 11.

Tonight the Tigers kept coming even when the dice weren’t rolling their way. There’s no quit in this team’s DNA.

Goodness Okere is the lucky recipient of this virtual game ball tonight.

When the Tigers needed a big play, Okere was there to answer the call. A big third down conversion in the third quarter by Okere kept the drive alive and set up the eventual score that Okere caught from Michael Faigl. On the following drive, Okere had a huge run that sparked another successful Tigers score in the fourth quarter.

Okere was the heartbeat in the second half that kept the Tigers offense going.

Have yourself a night Okere!

Another Tough Challenge Ahead

Moving into next week’s matchup, the Tigers’ season doesn’t get any easier. Cheyenne East is on the schedule next week here at home.

It will be the biggest test of the season thus far, and another stepping stone towards building this young team and gaining experience against top 4A talent.

What an opportunity to get better and upset a game most are counting the Tigers out of.