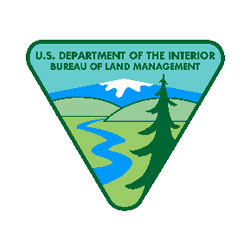 WASHINGTON, D.C. – President Obama recently requested $1.1 billion for the Bureau of Land Management in Fiscal Year 2015, which will enable the BLM to continue to responsibly manage the development of conventional and renewable energy on public lands, conserve valuable wildlife habitat and cultural and historic resources, and implement innovative landscape scale management approaches.

“This balanced and responsible proposal will advance the BLM’s mission of multiple use and sustained yield of the public lands at a time of tight budgets,” said BLM Principal Deputy Director Neil Kornze. “The BLM continues to be a major economic engine for many communities across the West and this budget makes smart investments that provide for a secure energy future, expanded outdoor recreational opportunities and thoughtful resource management.”

Kornze noted that the BLM generates an estimated $150 billion annually in economic output for the Nation and supports more than 750,000 jobs through resource development and conservation and recreational activities on BLM-managed public lands.

The 2015 President’s request seeks $954.1 million for the Management of Lands and Resources appropriation and $104.0 million for the Oregon and California Grant Lands appropriation, the BLM’s two major operating accounts.  The total BLM budget request, partially offset by new fee collections, is a decrease of $5.6 million below the 2014 enacted level.

Under the President’s budget for 2015, the BLM – with a workforce of about 10,000 employees – would focus on the following priorities:

Powering Our Future – The President’s 2015 budget proposes an increase of $20.3 million above the 2014 enacted level ($113.4 million) for the BLM’s Oil and Gas Management program. The request includes both direct appropriations and funding fees for services provided to oil and gas producers on Federal lands.  The request includes an increase of $5.2 million to provide staffing, training, and other resources needed to strengthen operational guidance to BLM units.  The request also includes $4.6 million to strengthen the BLM’s core oversight, leasing and permitting capabilities, allowing the BLM to keep up with industry demand and workload.  Among other things, the increase will enable BLM to fill vacancies and expand staff in key locations, as well as continue implementing leasing reforms instituted in May 2010 by supporting enhanced environmental analysis and planning for future lease sales.  The budget request also proposes to expand and strengthen BLM’s inspection and oversight capability through fees comparable to those assessed for offshore inspections.  This funding will help BLM fully implement a risk-based inspection strategy to improve production accountability, safety, and environmental protection of oil and gas operations.  The budget proposes an inspection fee schedule estimated to generate $48.0 million in offsetting collections, which allows for a proposed reduction of $38.0 million in appropriated funds, while providing an increase of $10.0 million to enhance BLM’s inspection capability.

The President’s Budget request maintains funding for renewable energy at essentially the 2014 enacted level, $29.2 million, providing the BLM with the resources it needs to continue to aggressively facilitate and support solar, wind and geothermal energy development as Interior works toward the President’s goal of approving 20,000 megawatts of renewable energy on public lands by 2020.

Since 2009, the BLM has approved 50 utility-scale renewable energy proposals and associated transmission on public lands, including 27 solar, 11 wind, and 12 geothermal projects. Together, the projects could support more than 20,000 construction and operations jobs and, if fully built, generate nearly 14,000 megawatts of electricity, or enough to power 4.8 million homes.

Complementing the Secretary’s Powering Our Future initiative are efforts to facilitate efficient delivery of energy to the markets where it is needed to meet growing demands.  The West’s aging electrical infrastructure is an impediment to efficient energy transmission and maximizing renewable energy development.  The BLM has a critical role in expanding electric transmission infrastructure through the issuance of rights-of-way.  To support the necessary upgrades needed to improve reliability and increase capacity, the budget includes a $5.0 million increase in the Cadastral, Lands and Realty Management program to enhance the BLM’s ability to identify and designate energy corridors in low conflict areas and to site high-voltage transmission lines, substations, and related infrastructure in an environmentally sensitive manner.

Bureau of Land Management Foundation – The budget proposes to establish a charitable, non-profit organization to benefit the public by protecting and restoring BLM’s natural, cultural, historical, and recreation resources for future generations.  The National BLM Foundation will be similar to existing foundations, including the National Park Foundation, National Fish and Wildlife Foundation and the National Forest Foundation.

Sage-Grouse Conservation – The President’s request continues to provide $15 million to implement broad-scale Sage-Grouse planning and conservation activities to lessen the threats to the sage grouse and its habitat to help prevent the future listing of the species for protection under the Endangered Species Act.  The efforts include amending or revising 98 land-use plans to designate priority habitat; performing habitat restoration and improvement; and conducting habitat mapping, assessment and monitoring activities.

America’s Great Outdoors – The BLM plays a key role in advancing the President’s conservation initiative to reconnect Americans to the outdoors.  More than 61 million visits are made to BLM public lands every year.  Accordingly, the 2015 budget request includes an increase of $1.9 million to strengthen management of national monuments and national conservation areas, key units of BLM’s National Landscape Conservation System that contain some of the West’s most spectacular landscapes.  Other increases in support of America’s Great Outdoors include $900,000 in Recreation Resources Management for planning, visitor safety, and interpretive services and $742,000 in Cultural Resources Management for inventory and site protection activities.

The 2015 budget also includes increases for programs funded through the Land and Water Conservation Fund, a vital component of the America’s Great Outdoors initiative.  The 2015 budget proposal includes a total of $89.4 million for BLM land acquisition, including $25.0 million in requested discretionary appropriations and $64.4 million in permanent funding.

Wild Horse and Burro Management – The President’s budget proposes a $2.8 million increase in the Wild Horse and Burro Management program to allow BLM to more aggressively implement recommendations in the June 2013 National Academy of Sciences report on improving the WH&B program, including expanding ongoing research on population control methods, a key component of controlling program costs.

Engaging the Next Generation – The 2015 budget request seeks a total of $4.8 million for BLM youth programs and partnerships, a $1.3 million increase over the 2014 enacted level.  This funding will enable the BLM to engage youth in work and training opportunities that promote conservation stewardship and pathways to careers.

Enterprise Geospatial System – The BLM is requesting $3.8 million to expand the implementation of the BLM’s enterprise geospatial system in 2015.  This will include improved data management across administrative units that will provide enhanced information for landscape-scale planning initiatives, include the Greater Sage-Grouse Plan Implementation and Monitoring, Renewable energy Development, Rapid Eco-regional Assessments, Climate Change Adaptation and Regional Mitigation.

Livestock Grazing – As in previous years, the Administration’s budget proposal seeks to initiate a grazing administration fee pilot project that would enhance BLM’s capacity for processing grazing permits.  A fee of $1 per animal unit month is estimated to generate $6.5 million in fee collections in 2015, more than offsetting a $4.8 million decrease in appropriated funds in the Rangeland Management program.  The increase of $1.7 million in funding resources will allow BLM to make more progress in addressing the grazing permit backlog.

Alaska Conveyance – The 2015 budget proposal seeks $19 million for the Alaska Conveyance Program allowing the Agency to continue to pursue the implementation of more efficient cadastral survey methods with a goal of completing all Alaska survey and land transfers in the next 10 years.

Implementing Federal Oil and Gas Reforms – The 2015 budget includes a package of legislative reforms to bolster and backstop administrative actions being taken to reform management of Interior’s onshore and offshore oil and gas programs, with a key focus on improving the return to taxpayers from the sale of these Federal resources and on improving transparency and oversight.  Proposed statutory and administrative changes fall into three general categories: (1) encouraging diligent development of oil and gas leases, (2) improving revenue collection processes, and (3) advancing royalty reform.  Collectively, these reforms will generate roughly $2.5 billion in revenue to the Treasury over ten years, of which approximately $1.7 billion will result from statutory changes.  Many States also will benefit from higher Federal revenue sharing payments as a result of these reforms.

Modernizing Management of Hardrock Mining and Abandoned Mine Clean-up – The budget includes mandatory proposals to address the legacy of the Nation’s antiquated laws on hardrock mining.  Reforms will ensure the cleanup of environmental and safety hazards from past mining practices by creating a Hardrock Abandoned Mine Lands (AML) program with dedicated funding for AML cleanup, and provide taxpayers a fair return from the mining of gold, silver and other hardrock resources on Federal lands.

Additional details on the President’s FY 2015 budget request are available online at http://www.doi.gov/budget.