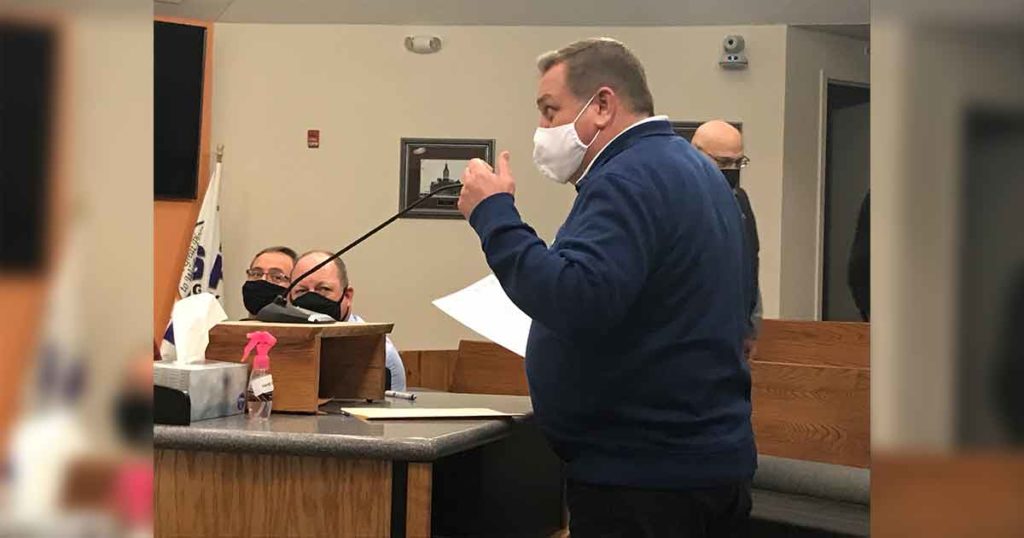 ROCK SPRINGS — During the Rock Springs City Council meeting tonight, the Council discussed a letter they received from the Sweetwater County Commissioners asking them to help fund the county-wide ambulance service.

The Commissioners drafted the letter which was presented to both the City of Rock Springs and the City of Green River asking them for their help in funding these services. Commissioner Jeff Smith said if the cities do not approve to help cover the funding of ambulance services, Sweetwater Medics will stop responding to 911 calls starting April 1, 2021.

It costs $1.28 million to fund the county’s ambulance service. Sweetwater Medics costs about $944,000, while Castle Rock Ambulance costs about $348,000. Smith said the county would pay 50 percent, which would be $693,792 ,and the remaining 50 percent would be split between Green River and Rock Springs. Green River would be responsible for one-third, or $213,264, of the funding, while Rock springs, would be responsible for two-thirds or $423,528.

According to the letter, “If the cities agree to participate in funding in the new budget year beginning July 1, 2021, the county will continue to fund both Sweetwater Medics and Castle Rock Ambulance Services through June 30, 2021, as a gesture of good will and to show willingness to cooperate going forward.”

At tonight’s RS Council meeting, the Councilors spoke to Commissioner Smith about the letter that is is their way to show good faith by covering the cost until July 1.

“As you are aware our ambulance service is struggling,” Smith said.

Rock Springs City Councilor Keaton West wanted to know what would happen if neither city wanted to help fund the service.

Sweetwater Medics will stop ambulance service on April 1 because the Commission cannot afford to continue to pay it, Smith said.

“It’s just difficult for us and I understand that we are all in this together. We all have similar budget constraints we are being faced with. It’s an important service. We have to have to have it.” Councilor West said. “From our standpoint it feels like we are kind of being backed into a corner.”

Councilor Rob Zotti said it’s really putting the council and city “into a bad spot.” This study was done five years ago and nothing was done. He said it was discussed at the time about creating an ambulance service tax district and yet nothing was done.

“Now we’re sitting here backs against the wall and being threatened that we are going to lose the service if we don’t pay up…,” Zotti said.

Smith said he wasn’t on the commission five years ago and he feels like they are “backed against the wall too.” The recommendations given in those plans were not implemented.

I apologize if it feels as though it’s an ambush. It’s not meant to be that way.

“We cannot continue to do it and that’s why we had to cancel our contract,” he said.

Rock Springs Mayor Tim Kaumo said the commission they would find a way to fund the service until July 1 as a gesture of good faith.

“I view this as a gesture of betrayal,” Kaumo said.

Kaumo said they are struggling with a budget and considering severe cuts and are now being asked to provide $426,000. He said they cannot solve the problem by “throwing money at it.”

“I want to work toward a solution,” Kaumo said.

He said maybe a solution would be to create a ambulance service district and provide funding for it like they have with other programs and each entity, the county, Green River and Rock Springs would each contribute 33 percent.

Kaumo said he still doesn’t understand why the Commission went ahead with terminating a contract when they have no solutions.

Smith said his they were advised by their attorney to do so. He said the action was carefully considered and not a “knee jerk” reaction.

Rock Springs Councilor Tim Savage said he wonders what the county will drop on the Council next. He said it would make better sense for Memorial Hospital of Sweetwater County to run this program.

After more discussion, Mayor Kaumo said they will work toward a resolution on this. He said a community this size needs an ambulance service.

Smith said they never meant to make anyone feel backed into a corner and he apologized if the Council felt that way.

The Council also approved a memorandum of understanding between the Rock Springs Police Department and the Sweetwater Events Complex. The RSPD will use the facility to complete trainings.