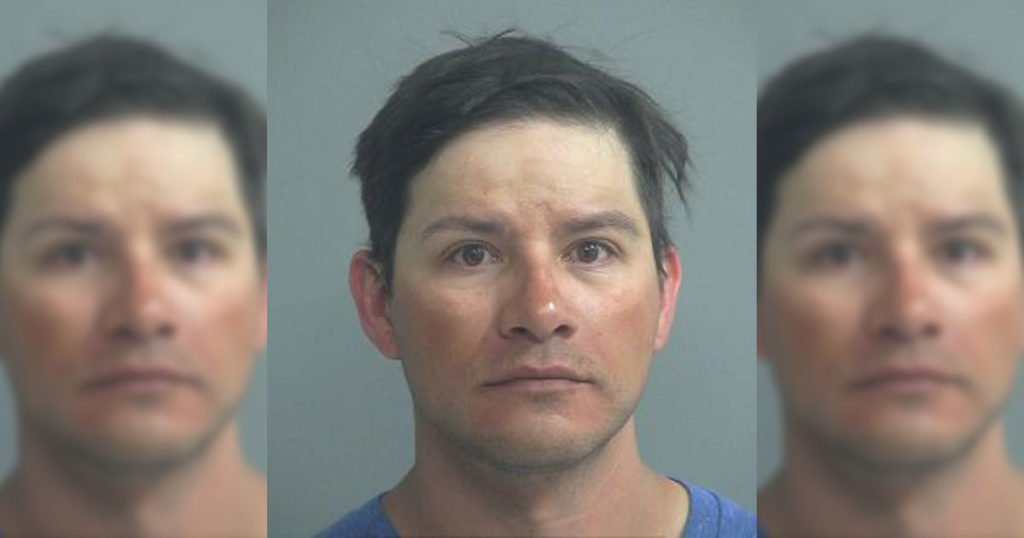 Saavreda was arrested on the same day shortly after the brutal sexual assault of his 8-year-old niece in Rock Springs.

GREEN RIVER — A 44-year-old Rock Springs man will likely spend the rest of his life in prison following his conviction on two counts of sexual abuse of a minor in the first-degree yesterday in Third District Court.

Luis Saavedra Villa was sentenced to 80 years to life on one count and 45-50 years on the second count which Judge Suzannah Robinson ruled to run consecutively yesterday morning.

Saavedra’s conviction resulted from the brutal sexual assault of his 8-year-old niece on June 1 of this year. The attack left the child severely injured to the point that she needed surgery to repair lacerations to her genital area.

Sweetwater County Attorney Dan Erramouspe sought a sentence of 124 years to life on the first count, but the combined sentences of both counts all but guarantees that Saavedra will be in prison for the rest of his life.

Saavedra is a native of Mexico and had been deported back there following a sexual assault conviction in Uinta County back in 2001. Erramouspe said authorities are not certain when he returned to the United States, but he had been living in Rock Springs and working for a local oil field company when the attack occurred.

Graphic testimony given yesterday during the argued sentencing revealed that the attack occurred on Wednesday, June 1 of this summer. The victim told investigators that Saavedra came to her home that day while she was being watched by her 14-year-old brother. She and her brother are being raised by their single mother who was working at the time.

She said Saavedra lured her from the home with the promise of taking her to McDonald’s but once he got her in the vehicle, he said he wanted to show her where he works.

Saavedra then drove the child to a location behind one of the vacated Schlumberger buildings on Yellowstone Road north of Rock Springs where he began to sexually assault her in a variety of manners.

Deputy County Attorney Lora Cooper read the girl’s victim impact statement into the record yesterday in which she recalled “he started to touch me. I started to scream for help. I saw cars passing by the road, I was screaming loud for someone to come to help me.”

The victim also said she was able to get the door open but Saavedra closed the door and locked it. She said he kept touching her and she kept screaming for him to stop and for help, “but no one came to help me.”

Erramouspe said this was an act of cruelty and callousness during his closing argument to the court. He said “humans are wired to react with empathy when we hear children’s cries.” But Saavedra showed no remorse for his actions.

“He just kept attacking her,” Erramouspe said. “Despite her pleas and cries, he finished the act he set out to do.”

Saavedra then dropped the girl off back home “hurting, bleeding from places she didn’t know she could bleed from with the instruction to ‘not tell anyone’,” Erramouspe continued.

The girl’s mother called 911 when she returned home from work and found her daughter traumatized by the events of that day. Saavedra was arrested that same day, and a search of the Schlumberger parking lot several days later revealed a rag with blood from the victim and seminal fluid from Saavedra.

Judge Robinson called the physical and mental severity of the victim’s injuries “unbelievable” and that the lack of grooming by Saavedra toward the victim is “startling.”

“This went from 0 to 100,” Robinson said. “She was just taken out to some location, physically harmed and traumatized.”

She added that this is not a typical sexual assault case and there’s nothing preventing Saavedra from doing it again based on the actions he took on June 1. Saavedra declined the opportunity to make a statement to the court and Robinson said she’s seen neither accountability nor remorse from him since his arrest.

She added that the substantial amount of evidence in the case would have “most certainly resulted in a conviction” had the case gone to trial.

Saavedra was given 181 days credit for time served and no financial restitution was ordered. He was remanded to the Wyoming Department of Corrections following the hearing.