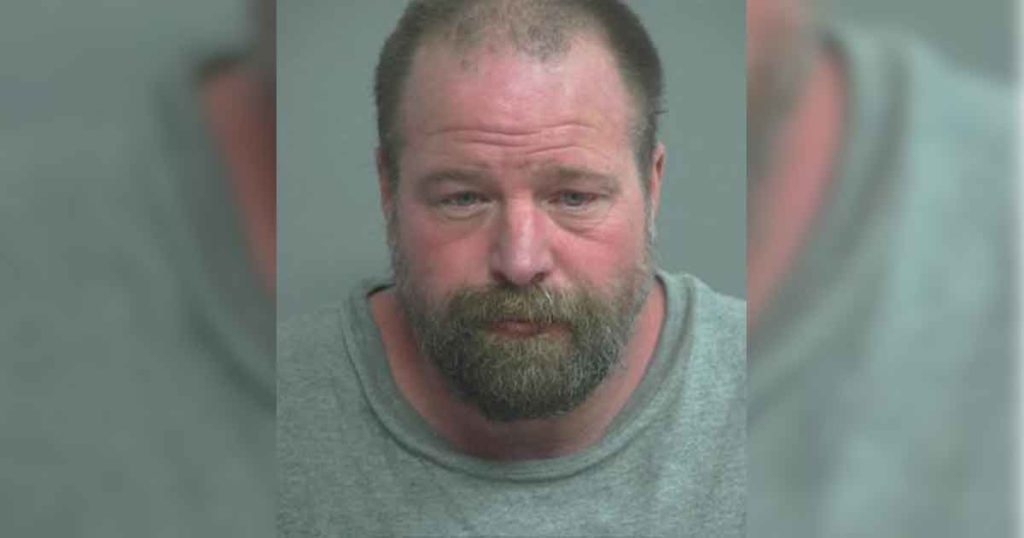 On Monday, March 22, the Rock Springs Police Department (RSPD) arrested Steven Rice, 41, of Green River, in a string of auto theft cases, according to a press release from the RSPD.

At approximately, 9 p.m., a suspect, later identified as Steven Rice, was driving a vehicle in the parking lot of 525 Gateway Blvd, when he jumped out of the driver’s seat allowing the vehicle to crash into parked cars where he then left the scene on foot. Soon after, two other undamaged vehicles were found on Skyline Drive with their vehicle doors open, the release states.

Then at 9:27 p.m., officers were dispatched to the 1500 block of 9th Street for an assault and vehicle theft. Rice attempted to steal a vehicle when the owner jumped inside the car and hit the emergency brake. The victim was struck in the head with the car door, by Rice, the release states. As Rice drove off in the vehicle, he hit a pole before abandoning the vehicle on 9th Street.

While investigating the incident on 9th Street, officers located a white Toyota passenger car that had been abandoned by Rice in the parking lot. This vehicle was later found to be stolen from the area of 222 Gateway Boulevard, according to the release. This is the same location as the initial incident.

Rice then went to the area 1540 9th Street, Kum N Go, where he stole a Kia car that had been running, unlocked, and unoccupied in the parking lot. The victim’s cell phone was in the
car, so the RSPD was able to track it to an area north of town. When officers arrived in that area they located the Kia abandoned and unoccupied, but Rice had taken with him the victim’s cell phone and other items of value from inside the vehicle, the RSPD stated.

At 11:17 p.m., with assistance from Sweetwater County Sheriff’s Office, deputies were able to locate Rice hiding in a Bronco in the parking area at Morcon Specialty.  Rice was taken into custody without incident, the release states.

Rice was charged with felony property destruction and five misdemeanors including battery, theft < $1000, criminal entry and three counts of unauthorized use of a vehicle.

The RSPD reminds the community that all suspects are presumed innocent until proven guilty in a court of law. The RSPD would also like to remind residents to lock their vehicles, especially if valuables are kept
inside.