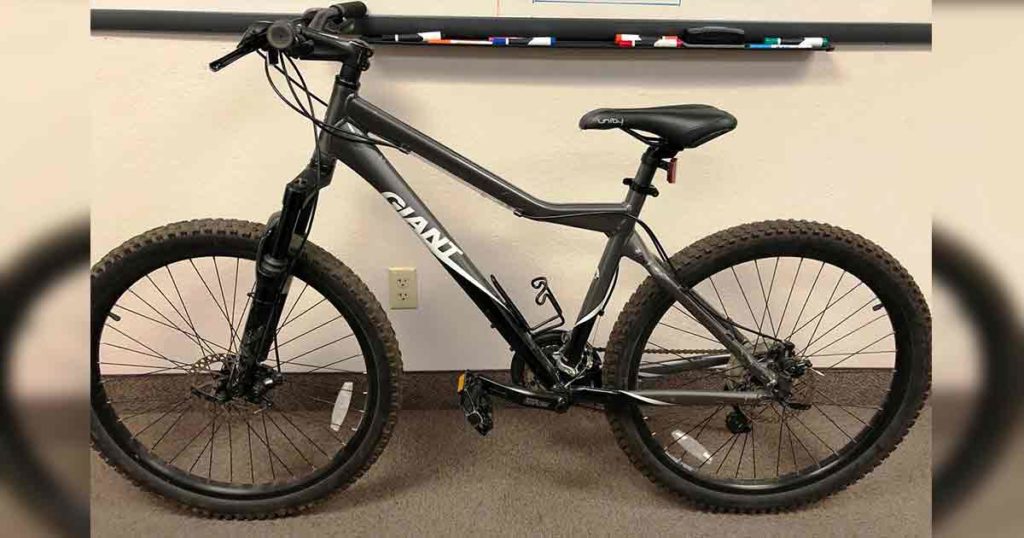 ROCK SPRINGS — The Rock Springs Police Department (RSPD) is asking the public for help in finding seven missing Junior Police Academy Program bicycles that were stolen out of a trailer.

According to a recent Facebook post from the RSPD, on November 12, 2020, officers received a report of three bicycle frames sitting on the ground behind Animal Control at 836 W Center Street, near two RSPD owned enclosed trailers. Upon arrival, officers found three bicycles from the RSPD Junior Police Academy Program were missing their tires.

Further investigation revealed that the padlocks had been cut off both of RSPD’s trailers and a total of 8 bicycles had been stolen. The bicycles were donated to the Junior Police Academy Program, which provides Rock Springs youth exposure to law enforcement training while providing them positive, risk-reduction activities to decrease the prevalence and initiation of violence and drug and alcohol use.

On November 25, 2020, one of the stolen bicycles was returned to the area of Animal Control along with three bicycle pumps. No leads have been developed at this time.

A three-burner camp stove was also stolen out of the trailer. If you have information regarding the theft, please contact Officer Douchant at 307-352-1575 or send a message to the RSPD Facebook page. You may remain anonymous.