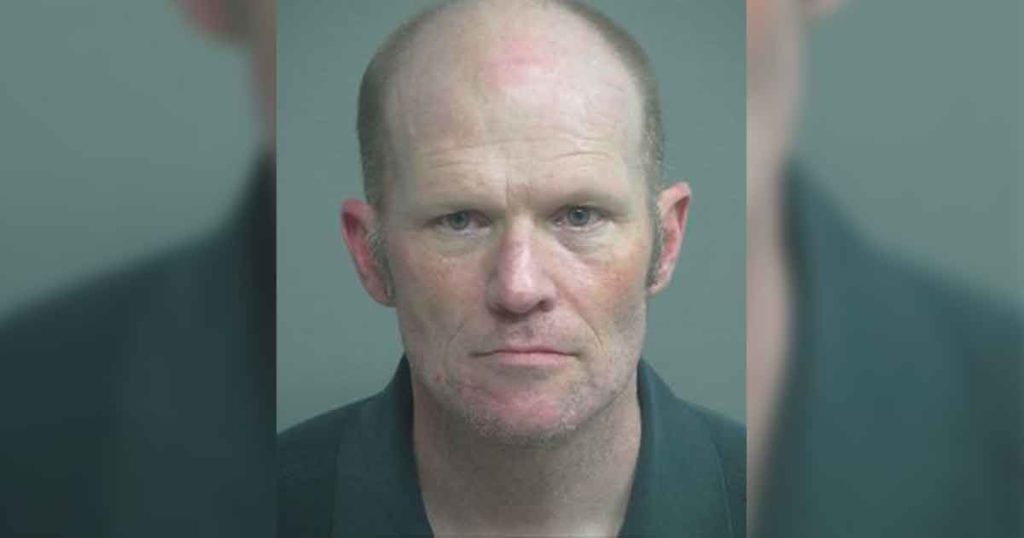 On March 16 the Rock Springs Police Department (RSPD) requested the public’s help identifying a larceny suspect on Facebook. The post featured photos of the suspect captured on a surveillance video stealing several items from Walmart.

Through the investigation and tips from the public, the suspect was identified as Jerry Callahan, 45, of Rock Springs, a social media post from the RSPD today states. Callahan was using a lower cost item’s UPC to place over the more expensive item’s UPC so he could make purchases at a significantly lower cost.

Beginning February 1 until now, Callahan was identified on video surveillance on 13 separate occasions using this method to steal items from Walmart. In 12 of the incidents, Callahan stole less than $1,000 worth of property and in another incident he stole property worth more than $1,000. All of the incidents combined had a total property loss of about $6,900. Investigating officers obtained a search warrant and served the warrant on March 23.

During the execution of the search warrant, approximately $3,800 of the property was recovered. There was $334 worth of property that was observed, but was not recoverable because of it being used and $2,882 of the property was not recovered, the post states. Also during the execution of the search warrant methamphetamine and heroin were recovered from the house and a vehicle that belonged to Sarah Hoch, 41.

The RSPD reminds the community that all suspects are presumed innocent until proven guilty in a court of law.