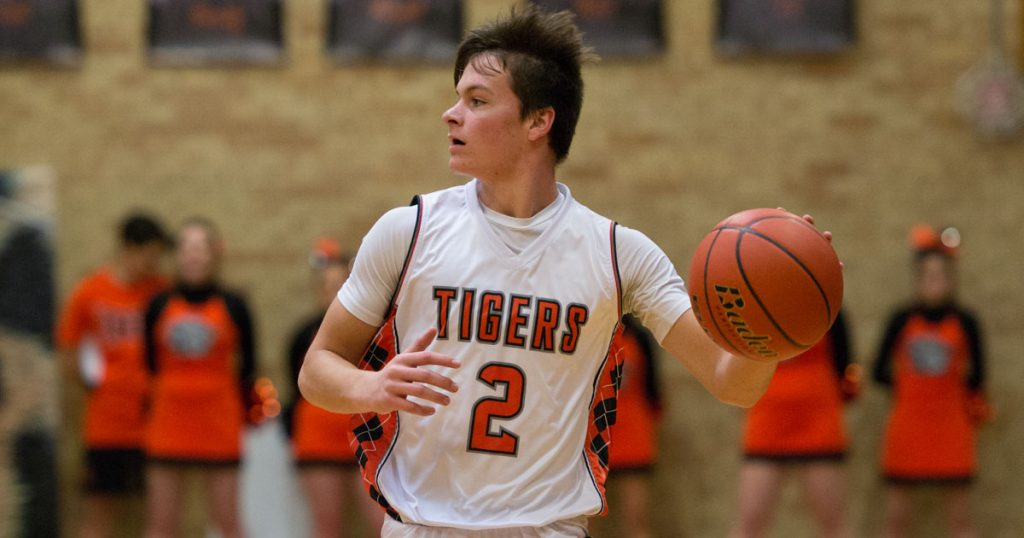 ROCK SPRINGS — The Rock Springs Tigers Winter sports season has arrived. Plenty of action will find the courts, pools and mats over the next few months.

With five sports to follow, below is an overview of each team heading into this year’s season.

Last year the Lady Tigers finished with an overall winning record of 14-13. Compared to last year’s team, the Tigers will have a new starting lineup as there is only one returning starter from last year’s squad. Five other familiar faces from last season’s roster will return this season to wear the black and orange.

Coach Ramiro Candelaria has been pleased with the offseason workout for the Tigers and the effort that has been put in by his players.

“We were very pleased with the numbers we got the first two and a half months before the fall sport season was over,” Candelaria said. “Even more so, we were pleased with the work ethic the girls brought every day during those sessions.”

With the work that has been put in, Rock Springs has made it a goal to be top five in the state in defense, rebounding steals and free-throw percentage.

You can check out the team’s full schedule here.

The Tigers have undergone another head coaching change this season. Jeremy Main brings his talents from Illinois as Rock Springs’ fourth head coach since 2015.

On the roster the Tigers showcase nine seniors, some of which have played at the varsity level since their freshmen year. Throughout the offseason the Tigers have had good numbers in offseason workouts and Main has been impressed with their coachability.

“I’ve been impressed with the guys’ ability to be coachable and be respectful. We have an athletic bunch, an experienced bunch. They have a good head on their shoulders,” Main said.

As for the team’s success this year, the only goal Main and the Tigers are focused on is getting better and improving one game at a time. The fresh look for the Tigers offers excitement as the season tips off.

This year’s full schedule can be found here.

Indoor track is one of the shortest seasons in high school sports. With the season still weeks away, coach Brad Dekrey looks forward to getting some of the fall sport athletes on the track.

“We strive get all of the kids to improve,” Dekrey said. “We do have some returning athletes who scored at the 2018 state meet, and we hope they will help our team again this year.”

Keep up to date with the indoor track schedule here.

Over the last couple of seasons the Tigers have been in a building stage. The team had sights set on a higher goal last season but came up short and placed fourth overall at the 4A state tournament — 21 points out of first place.

This season the team brings back a solid core of wrestlers that are a part of the current 46-man roster. Thirteen state competitors will return to the mats for Rock Springs along with six state placers.

Head coach Brad Profaizer mentioned that the team has taken a new approach to the season in terms of goals and what the team hopes to achieve.

“We took the approach this year that we are going to take each week one day at a time. We aren’t going to look down the road. Right now the focus is to build the program, working on technique, getting in shape and building a team concept,” Profaizer said.

The wrestling schedule can be viewed here.

The Rock Springs boys swim team has been given a new look this season. First year coach David Galindo will oversee the team this season.

This year’s swim team will feature 20 swimmers on the roster, seven of which are returning swimmers. The majority of the Tigers’ roster will be introduced to high school swimming for the first time.

“This is a very young team and truly a team of the future,” Galindo said. “That being said, for this season, our biggest goal is to see a lot of individual growth and to cultivate the strengths of the members of the team.”

The youth of the team will be in good hands as team captain Tony Erramouspe returns as the Tigers’ only returning state qualifier from last season. The likes of Talon Thomas and Conley Searle will also have an impact on the team.

“I cannot emphasize enough on how coachable and trainable this team is,” Galindo said. “No one is a quitter. Everyone is a worker. This team has true heart. What more could I ask for in my first season as head coach?”

Boys swimming dates and times can be found here.