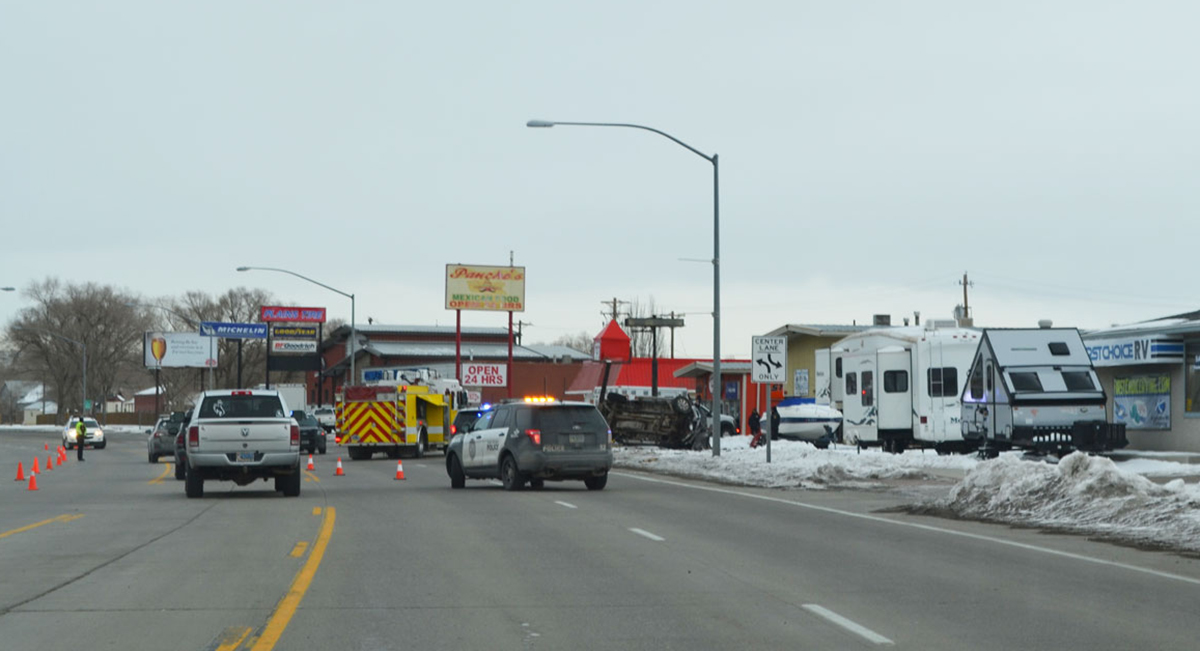 The accident occurred in the First Choice Ford RV lot across from the dealership on Dewar Drive around 11:54 this morning.

ROCK SPRINGS — The driver of an accident that occurred on Dewar Drive late this morning suffered from a medical condition that caused significant damage to his vehicle and property on the First Choice Ford RV lot, according to the Rock Springs Police Department.

The incident happened at approximately 11:54 a.m. today, when RSPD officers responded to a single-occupant, one-vehicle rollover on Dewar Driver.

According to the official RSPD report, the driver lost control of his vehicle causing damage to a metal pole, a pontoon boat, and a camper. An eyewitness from the First Choice Ford dealership also reported damage to a shed and two waverunners.

The driver reportedly needed to be cut from the vehicle after the vehicle ended up totalled and on its side near the sidewalk.

“The investigation revealed the driver suffered from a medical condition which caused the accident,” according to the RSPD statement. “The driver was transported to Sweetwater Memorial Hospital.”

At this time, there is no further information available.