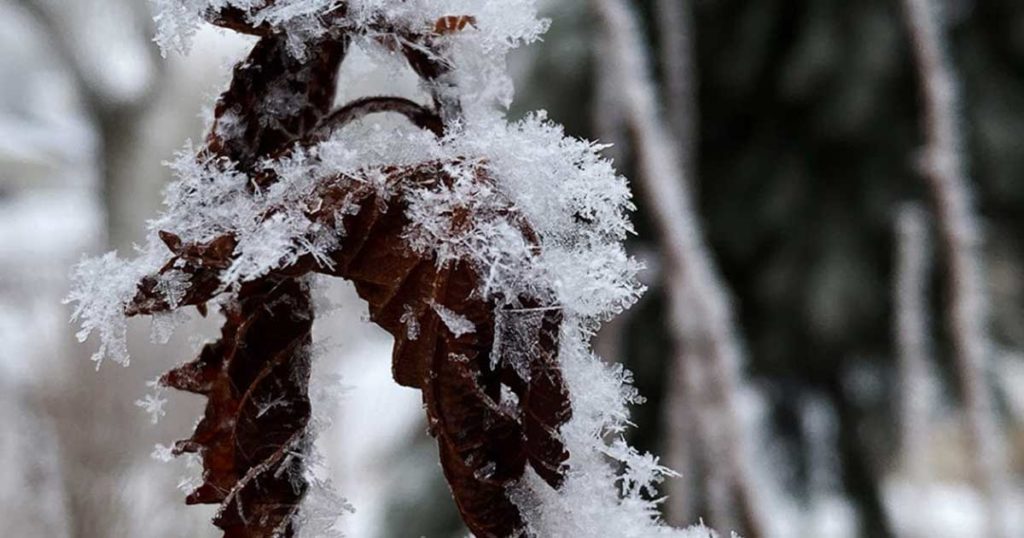 CASPER, Wyo. — While temperatures have regular reached 90 degrees in recent weeks, that situation could quickly change with a “strong cold front” set to move into central and western Wyoming starting Sunday.

There’s also a chance parts of the state could see some late summer snow. The cold front is accompanied by “an increasing chance of showers and thunderstorms,” according to the National Weather Service in Riverton.

“A strong cold front will deliver much cooler weather to the region, changing the rain to snow in the northern mountains Sunday night and Monday,” the NWS says. “This will result in some light snowfall accumulations in these areas during that time frame.”

While there is a cold front moving in, the NWS says that elevated to critical fire weather conditions may occur on Sunday and Monday in central and southern parts of the region.

“Gusty west to northwest wind and low humidity could lead to elevated to critical fire weather conditions,” the NWS says.

Critical fire weather conditions are reported in the region on Thursday with “warm temperatures, low humidity, and gusty west wind across the southern half of Wyoming.” The NWS says there is a chance of scattered thunderstorms Thursday across the northern half of the state.

“A few could be strong with very gusty winds and some hail,” the NWS adds.

Isolated to scattered afternoon and evening thunderstorms are forecast for Friday “primarily over the north half of the region” with “high temperatures closer to seasonal normals.” 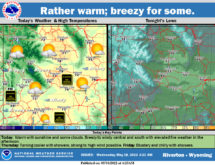 Sunny with a High Near 75