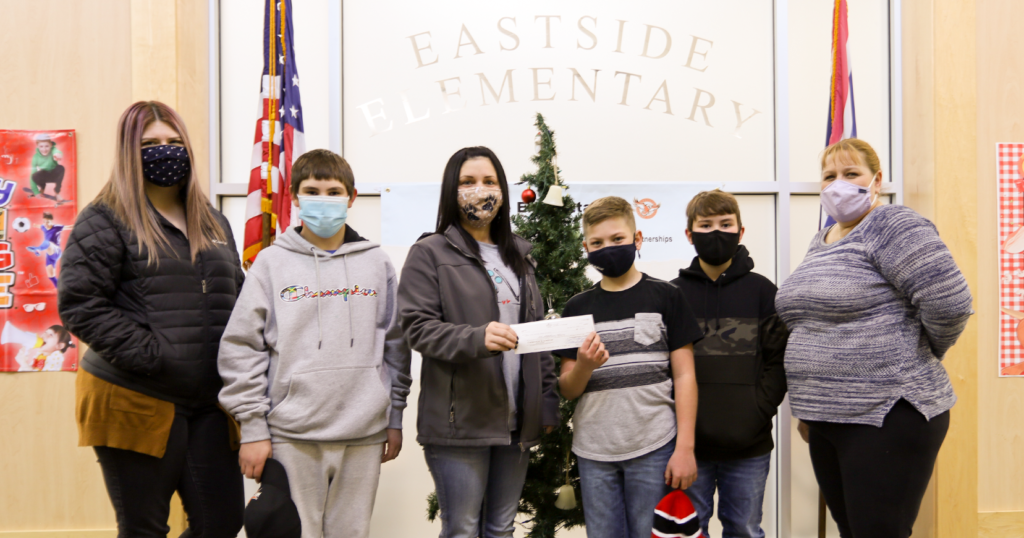 ROCK SPRINGS — There are super heroes and then there are principals. For Eastside Elementary School sixth grader Logan Freuler, there is no difference when it comes to his principal Tina Searle.

Freuler is a member of the First Assembly of God church. When asked who has been a blessing to him, Searle came to mind.

Freuler and First Assembly of God sent out an invitation to Searle stating that because she had been a blessing, they would like to bless her in return. Upon accepting the invitation, Searle joined her sixth grader for a seminary and dinner. A handful of other teachers from the school were also invited by other students.

“They clapped for us and they stated how much they cherish the teachers in Sweetwater County School District No. 1,” Searle said.

In addition, a check was given to the school from the church which was then determined to be donated by Eastside Elementary, Freuler and his friends, as an example of paying it forward. The entire school helped choose an organization to receive the money. Students voted in a poll where the $500 check should go. After it was all said and done, the Red Desert Humane Society was chosen as the organization to receive the money from the students.

On Thursday morning, Frueler, his teachers and two friends presented a $500 check to the Red Desert Humane Society.

“The church blessed us and we would like to bless the animals who need food, love and continued shelter,” Searle said. “Logan is the reason we’re doing this.”