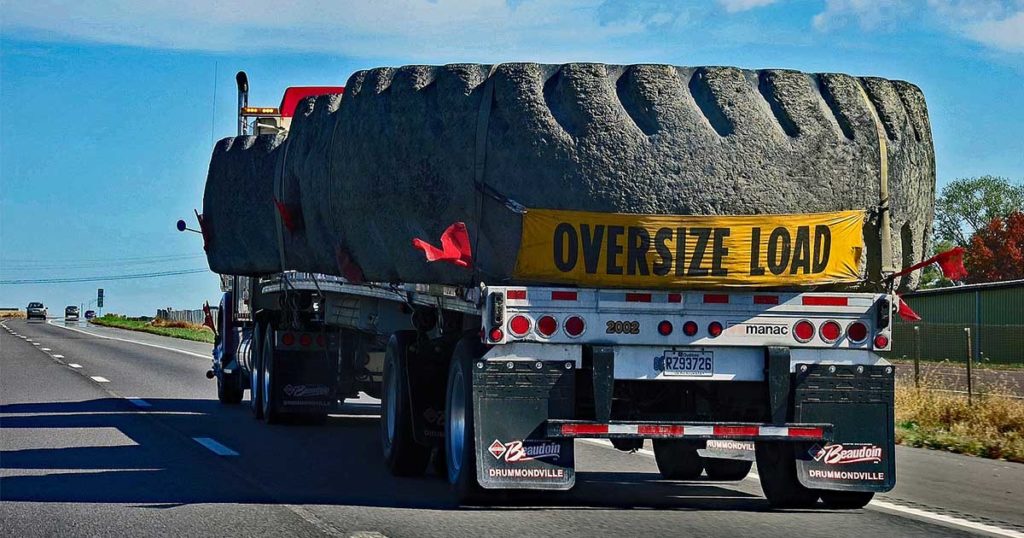 Legerski said for any semi-truck that weighs over 117,000 pounds traveling down a road, about 9,000 times the damage is done on a road than one passenger vehicle. He said that many oversized loads will bypass the tunnels on I80 by taking county roads instead.

Therefore, he said the permits would help cover costs of repairing damages on county roads, and will help the county know exactly who is traveling down county roads.

The permits would only be required for vehicles that are over-weight, over-width, or over-tall, said Legerski.

Legerski added that many drivers are often surprised when they find out the county does not have permits in place already.

Sheriff Grossnickle said he was approached by a former highway patrolman who brought it to his attention that Converse County implemented the permits when they started having an influx of oil and gas work in their county, and their roads began taking a beating.

“A lot of roads do take a toll with this traffic in particular,” Sheriff Grossnickle said. “To me, it’s a use fee that would ensure the County’s not taking the hit for the business that’s coming into our county. Granted, we like to see that [business] but we shouldn’t be taking the burden on these roads either.”

Legerski said they could do Sweetwater County’s permits similarly to Converse County, in which they do not require permits for every load, but rather have rig move permits. This would allow the vehicle to pass through as many times as they need to move the rig parts.

Sweetwater County Commission Chairman Randy “Doc” Wendling asked if there was any reason why the County shouldn’t move forward with a permit program.

Legerski said the reason not to move forward would be because they will be taxing business coming into the County for road use, so it may not seem pro-business. However, Legerski said the County has to use taxpayer dollars to do road repairs, so the program could allow them to use those dollars in other areas in the road and bridge department.

“I think we’d make a mistake if we’re not doing everything we can to make sure the tax dollars people are paying, whether it’s through fuel tax or through the 12 mill, in making sure we get as much life out of our roads as we can,” Wendling said.

Sheriff Grossnickle said Converse County generated somewhere around $600,000 to $800,000 in one year through the permits. He said it’s going to depend on how much traffic the County has on these roads.

Legerski said they could have a set fee with a sliding scale with how much over weight or height the vehicle is, and how many miles up the road they are going, which is what Converse County uses.

Sheriff Grossnickle added that enforcement wouldn’t be so much as writing tickets but rather simply asking these companies for compliance.

The Commissioners expressed interest in implementing the permits and gave the go ahead for Legerski and Sheriff Grossnickle to begin working with Sweetwater County Deputy Attorney John DeLeon on a draft.