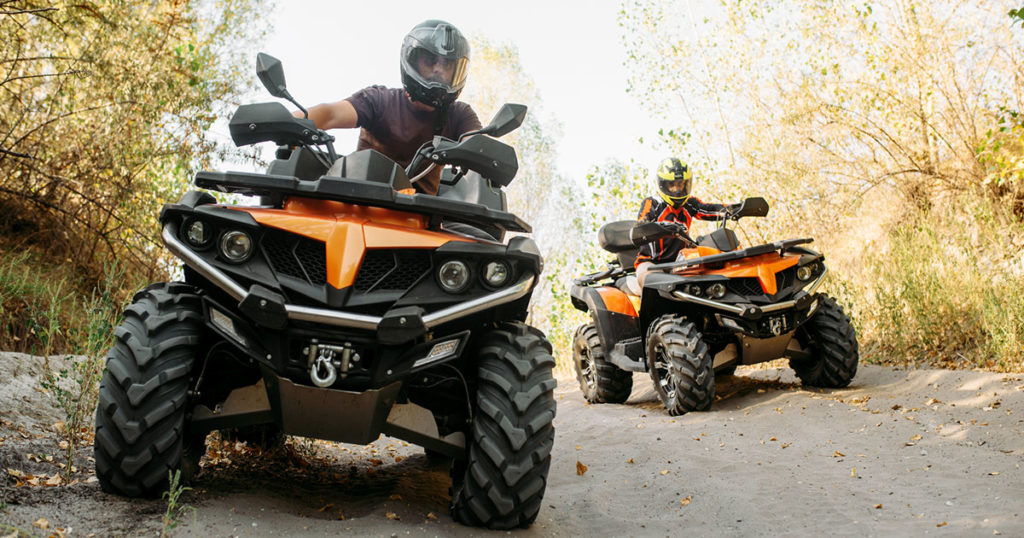 SWEETWATER COUNTY — The Sweetwater County Commission started discussing a trail project that would connect communities throughout southwest Wyoming through off-road trails during its meeting Tuesday.

“The idea behind the project is to have a system of trails that people could come in and ride ATVs and side by sides between the communities and be able to access the communities,” Mark Tesoro, SWOT Founder said.

Tesoro, a resident of Evanston, has been working in Uinta County on the SWOT project. He said that Evanston has adopted an ordinance that would allow ATVs and side by sides on city streets, which would ultimately allow these recreationists to enter the communities while out driving.

“Since it’s an economic development project, the accessibility into and out of the communities is paramount,” he said.

Tesoro said these types of trails can benefit a community greatly by bringing tourists and recreationists into the towns and cities to spend money. So far, ATVs and side by sides have access to drive from Evanston to the Bridger Valley using these off-roads. The ultimate goal would be to connect the entirety of southwest Wyoming, much like they have in southern Utah and other neighboring areas.

“This is something that is not really new… but our neighboring states and many other communities throughout the country have similar trail systems that benefit their communities greatly,” Tesoro said.

SWOT has been working closely with the Wyoming Outdoor Recreation Office and Wyoming State Trails to make this project a reality. Tesoro said that often people think that they want to build new roads, but he said that is not the case. Instead, the project utilizes existing roads such as two-track roads, county roads, oil field roads, wind mill roads, and more that have been there for decades. He said they are using the Historic Lincoln Highway to connect Evanston to the Bridger Valley.

Chris Floyd, Manager for the Wyoming Outdoor Recreation Office, said that in the future SWOT will be asking Sweetwater County to enroll certain roads into the state trail program.

“And that doesn’t change anybody else’s use of the road,” Floyd said. “What it does give you though if you designate those roads is access to the funding source that the state trails program has through the OVR sticker program.”

Floyd said there is a gas tax match on those sticker funds that would be available for the county to use on those roads in the form of maintenance, law enforcement, signage, construction, and more.

Forrest Kamminga, Wyoming State Trails Program Manager, said that currently ORV registration is $15, and the trails program gets $18.40 in a fuel tax match, which he highlighted is more than the actual sticker cost.

“In partnering with Wyoming State Trails, the idea would be for people that are visiting the area to buy a $15 off-road sticker that they could put on their vehicle and ride enrolled trails or streets or roads in order to make these connections happen between the communities,” Tesoro said.

“I just see it happening all throughout the state,” Kamminga said.

Tesoro also said that since the first of the year, Lyman, Mountain View, Kemmerer, LaBarge, and Marbleton have all adopted ordinances allowing ATVs and side by sides on their city streets.

The project’s ultimate goal is to “connect the communities, connect the forest, and connect the historical sites,” which is the motto SWOT has adopted, according to Tesoro.

“We have our own exciting and historical stuff to see in Southwest Wyoming. There is a tremendous history that has passed through Sweetwater County and Sublette County, and Uinta County, and Lincoln County as well,” Tesoro said.

Floyd said he is excited about SWOT’s vision because it aligns with the goals of the Wyoming Outdoor Recreation Office, which is to grow recreation in the state.

“We understand that the extraction industries are facing headwinds so our job is to help mitigate that as best we can through growing our recreation sector,” Floyd said.

He added that recreation makes up about $1.6 billion in economic impact already, and he hopes they can grow that even more.

Tesoro, Floyd, and Kamminga’s next steps are to work with Sweetwater County officials and department heads in getting discussions going.

Chairman Randy “Doc” Wendling said he wanted to ensure that anyone affected or has concerns regarding the trail system is not left out of the conversations.

Kamminga assured that the process is very thorough. He said there have been a year and a half worth of discussions with a working group in Fremont County including the sheriff, adjacent lands such as BLM, county road and bridge supervisors, and others who may have had concerns.